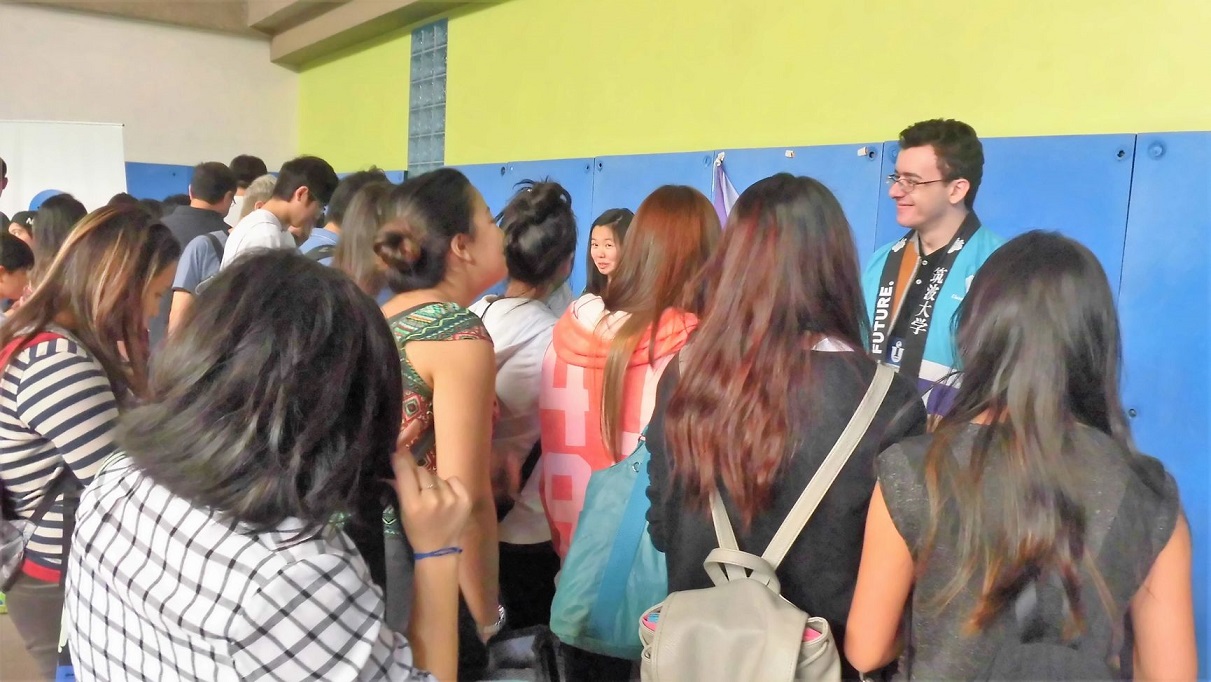 The Colégio ETAPA 2016 College Fair was held in Sao Paulo in Brazil. The University of Tsukuba Sao Paulo Office set the “STUDY in JAPAN” booth at the festival from August 26 to 27, as part of the “Coordinator for Study in Japan Project in Brazil” project sponsored by the Ministry of Education, Culture, Sports, Science and Technology (MEXT).

Colégio ETAPA is one of the most prestigious private high schools in Brazil, which has a high interest in studying abroad. The fair attracted about 1,300 people in two days.

Thirteen universities in Japan and the Japan Student Services Organization (JASSO) cooperated to provide information at the “STUDY in JAPAN” booth. Coordinators from the University of Tsukuba Sao Paulo Office helped visitors to give information on studying in Japan, in cooperation with the Japanese Consulate General in Sao Paulo. Brazilian high school students, university students, and their parents visited the booth seeking information.

The booth set up an area where people can experience 3D Origami, the paper folding art, on a computer. The design tool has been developed by Professor Jun Mitani of the Faculty of Engineering, Information and Systems, and it attracted much attention among the visitors.