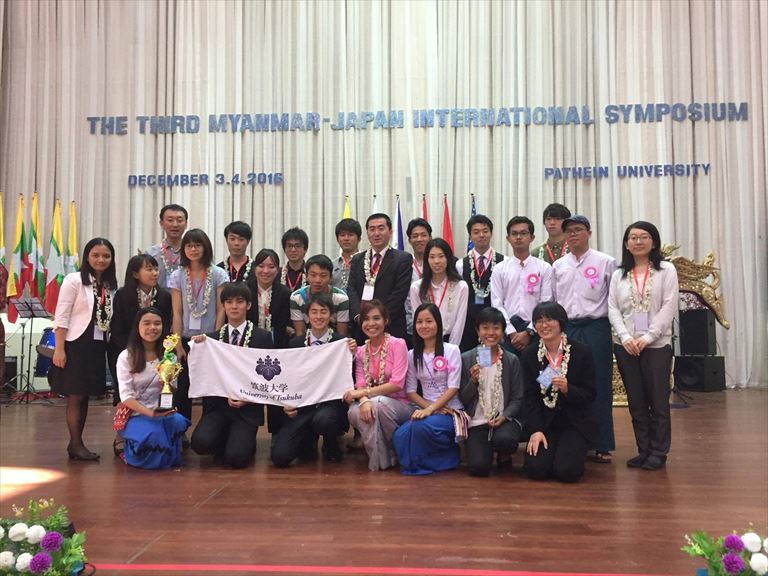 The Third Myanmar-Japan International Symposium was held at Pathein University from December 3 to 5. Associate Professor Nakao Nomura (Global Commons / Faculty of Life and Environmental Sciences), Associate Professor Motoo Utsumi (Faculty of Life and Environmental Sciences), and students and staff of the University of Tsukuba attended the symposium and made a total of 21 oral presentations.

The symposium was divided into 14 sessions by the fields of specialization. Members of the University of Tsukuba, including 17 undergraduate students, 2 graduate students, and 2 faculty members, made presentations on respective themes.

The University of Tsukuba has been engaged in the Re-Inventing Japan Project, led by the Ministry of Education, Culture, Sports, Science and Technology (MEXT). It has promoted exchanges with universities in countries of the Association of Southeast Asian Nations (ASEAN), including Pathein University in Myanmar. Its efforts were also included in the presentation themes. 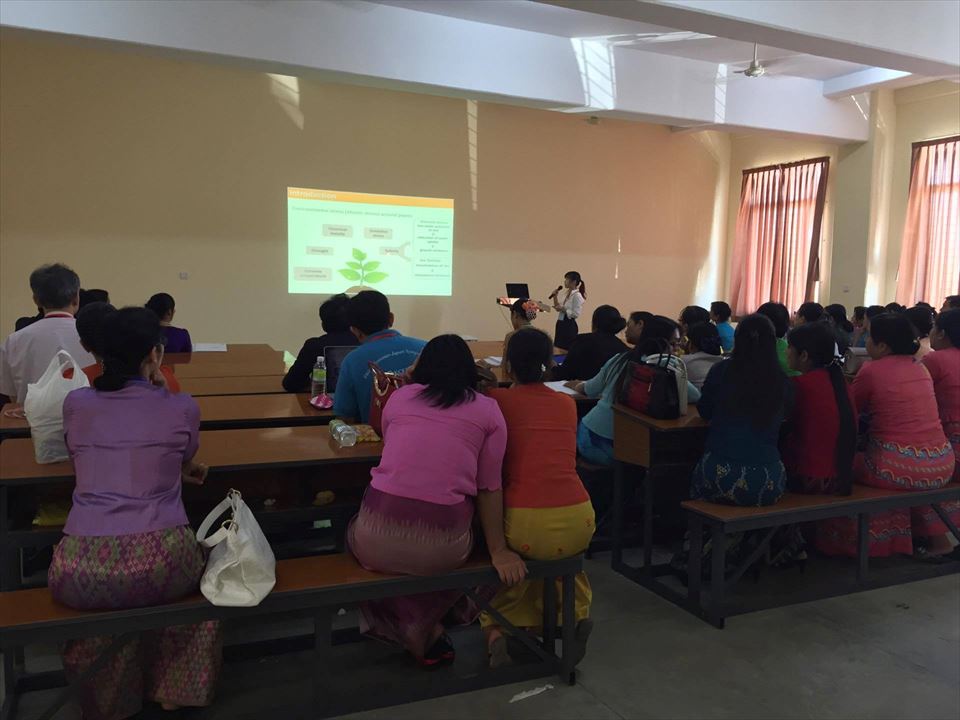 A university student making a presentation 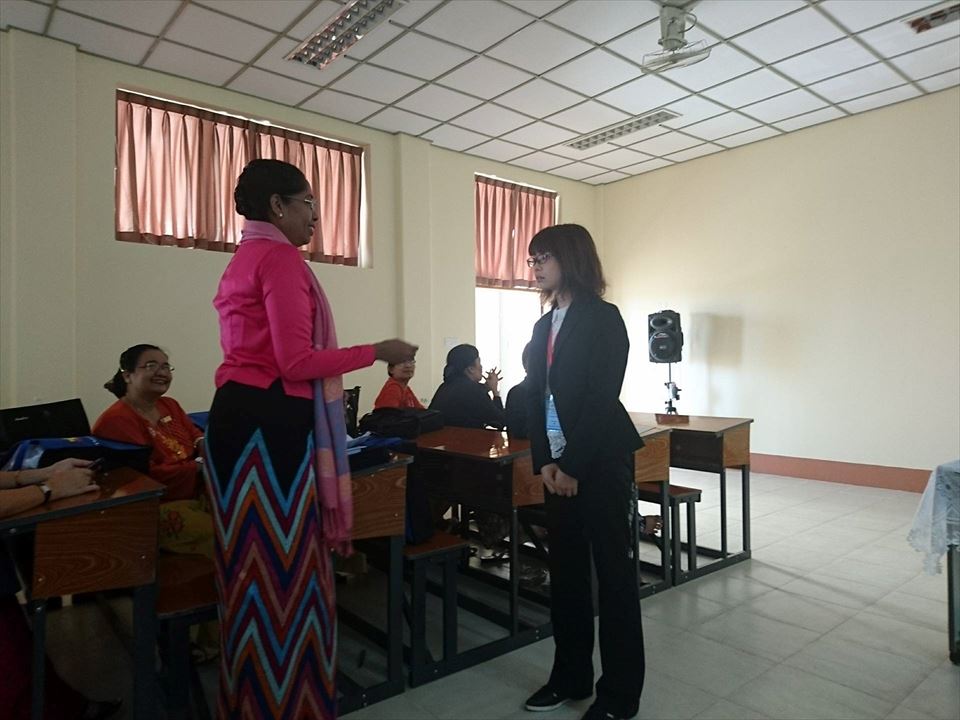 A question-and-answer session after the presentation 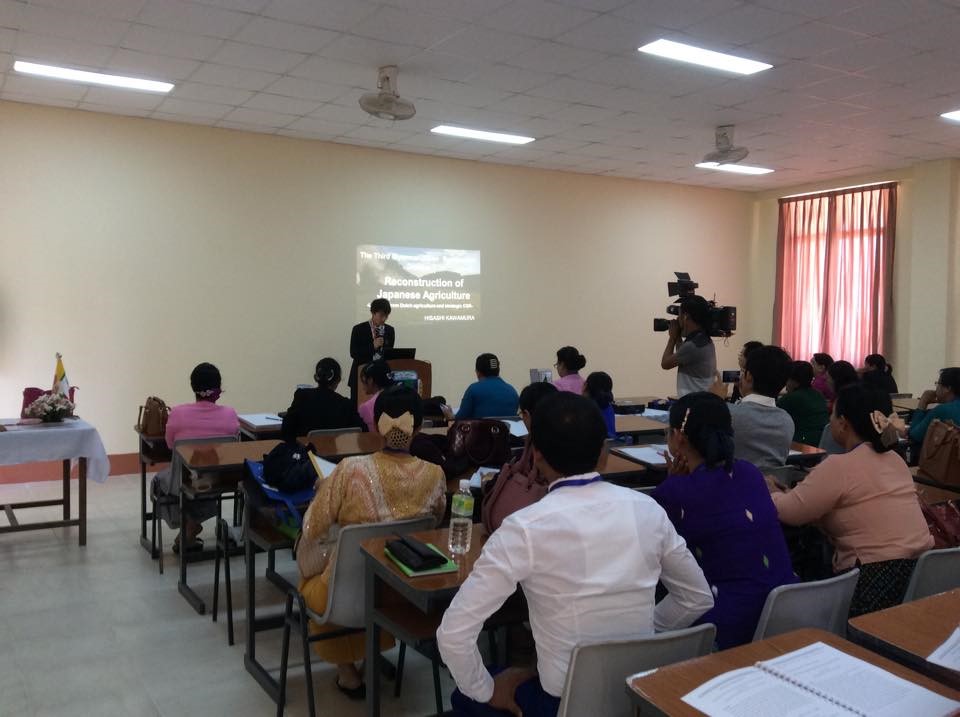