The Global Education Program for Developing Multilingual Human Resources in Japan, NIS and Baltic Countries (Ge-NIS) of the University of Tsukuba, organized a workshop on Japanese language and culture for its partner universities and a foundation in the South Caucasus and Moldova from December 5 to 12.

Students, faculty, and staff of the partner universities, who specialize in the field of Japanese language education and Japanese studies, were invited to the workshop.

Students, faculty, and staff of the partner universities, who specialize in the field of Japanese language education and Japanese studies, were invited for the workshop.

A variety of programs were provided for the workshop, including an international academic symposium, an event of the Tsukuba Student Round Table, a Japanese culture workshop, and a Japanese language teacher training program.

On December 6, a symposium under the theme of “The current situation of Japanese language education and Japanese studies in the South Caucasus and Moldova” was held, in cooperation with Ge-NIS and the Center for Education of Global Communication (CEGLOC). Teaching staff, researchers, and a graduate school student in the partner universities and the foundation took part in the symposium and made presentations according to the theme.

On December 9, an event of the Tsukuba Student Round Table was held for students from the partner universities and the University of Tsukuba. The event was divided into two sessions. In the first session, international students made presentations on their countries in English and Japanese. They introduced their food culture, and the traditional and modern cultures of their countries. Students of the University of Tsukuba also made a presentation under the theme of “Cool Japan”.

In the second session, international students tried writing haiku poems, paring with Japanese students. Chinese and Myanmar students who are in the Japan-Expert (bachelor degree) Program, University of Tsukuba Top Global University Project, joined the session as judges. They evaluated the haiku poems from the viewpoint of international students, and chose some that they liked best.

Assistant Professor Miho Iriyama of the Japan-Expert (bachelor degree) Program, University of Tsukuba Top Global University Project (Faculty of Humanities and Social Sciences) then provided an experience-based workshop for the international students. The attendees had an opportunity to write Nengajo, the Japanese new year’s card, and practiced making speeches in Japanese. They also experienced Sado (Japanese tea ceremony) and Kado (the Japanese art of flower arrangement). It was a great opportunity for them to deepen understanding of Japanese culture.

During their stay, officials of the partner universities and the foundation met with Vice President for Global Affairs Benton Caroline Fern and Provost Shigeo Osonoi of the Faculty of Humanities and Social Sciences, and exchanged opinions about future exchanges with the University of Tsukuba.

A closing ceremony for the workshop was held on December 12. Some of the feedback from the international students were: “I would like to study at the University of Tsukuba and learn about Japan more in the future” and “Here in peaceful Japan, I could make friends with many people whose countries are experiencing political conflicts”. 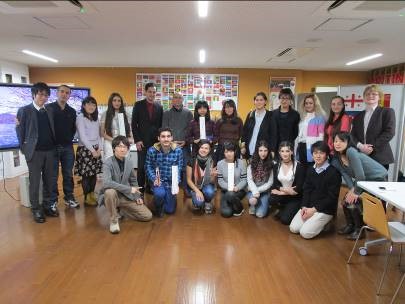 Students holding haiku poems of their own making 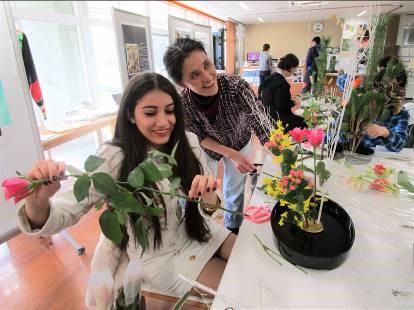 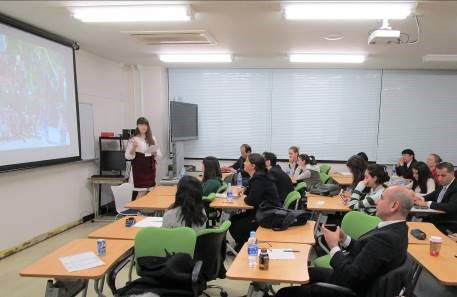 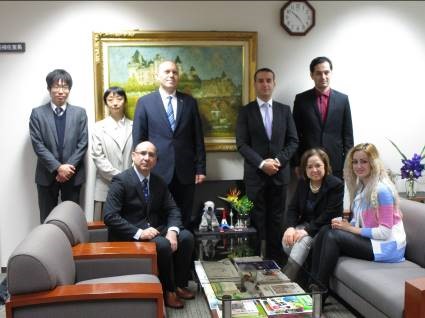