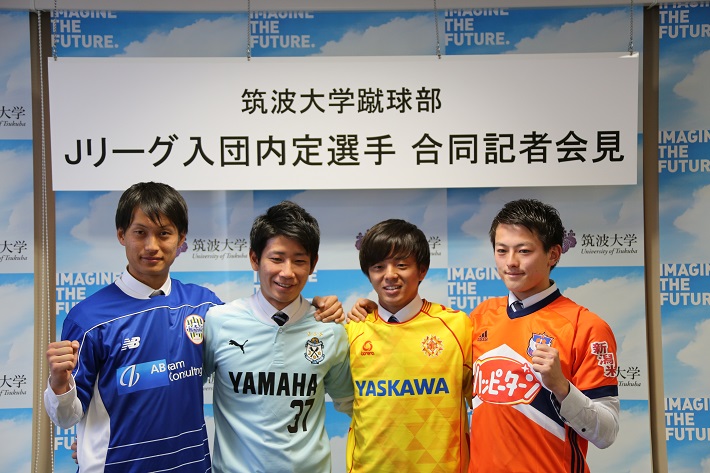 A press conference with four football players in the University of Tsukuba Men's Football Club was held on December 25. The four members were all fourth-year students in the School of Health and Physical Education: Mr. Shuto Kitagawa (captain), Mr. Seiya Nakano, Mr. Sachiro Toshima, and Mr. Wataru Noguchi. They will be playing for the Japan Professional Football League (J-League) clubs next season.

A lot of news media and people related to the university's football club attended the conference, showing high interest in the four players.
Assistant Professor Masaaki Koido (football manager) first introduced the four students to the press, and explained that they will join J-League Clubs next season. He then expressed his expectations for their future success, and followed by the four students' comments.

Comments by the four students
Shuto Kitagawa: J2 Montedio Yamagata
I will do my very best to get recognition from supporters and people related to Montedio Yamagata, and to help the club to get promoted to J1. I will never forget my gratitude to the people who supported the University of Tsukuba Football Club and will do my best in the new team.

Seiya Nakano: J1 Jubilo Iwata
I played for the Jubilo Iwata Youth team when I was a junior and senior high school student. It is a great honor for me to join Jubilo Iwata, which I have longed to be in. This is my new start. I would like to prove how much my football skills have been improved on the pitch and to contribute to the team's victory.

Wataru Noguchi: J3 Giravanz Kitakyushu
I am grateful for being able to play for the football club in Kyushu, where I come from. I aim to play as a central player from my first season at the club, and to help the club to get promoted to J2. I would like to show my gratitude to the people who supported me by playing my best on the pitch.

Comment by Football Manager Masaaki Koido
I have played with them since I started working for the University of Tsukuba. We have shared both good and bad experiences, which made them grow. I hope for their success in the professional football clubs.

The university looks forward to their future success. We truly thank you for your support. 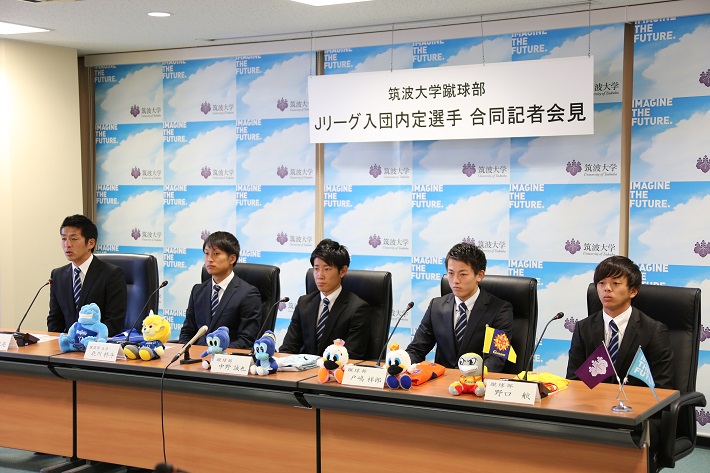 At the press conference 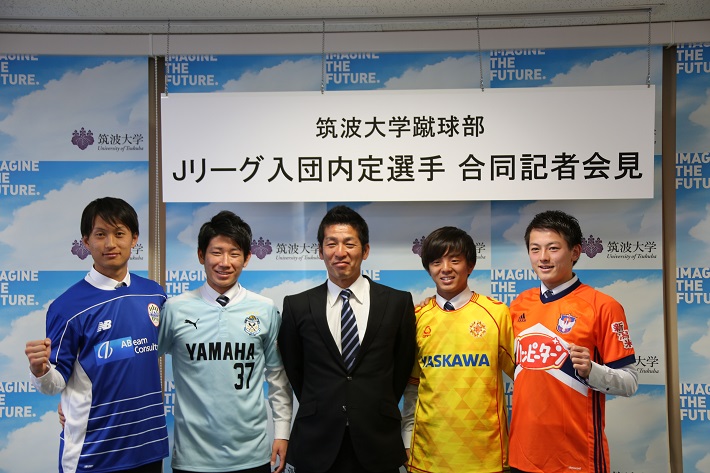 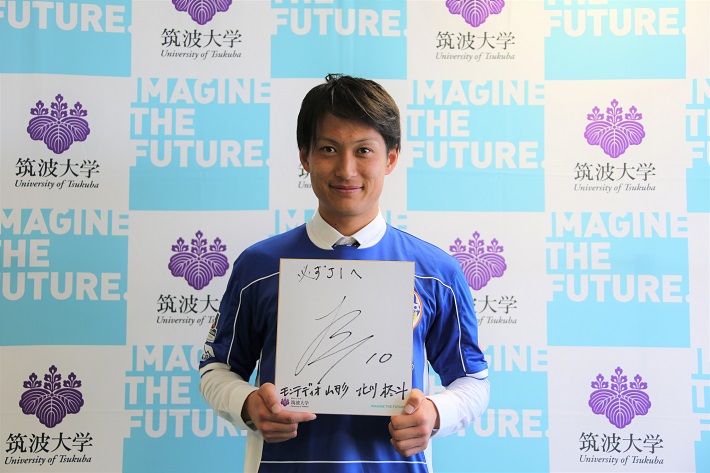 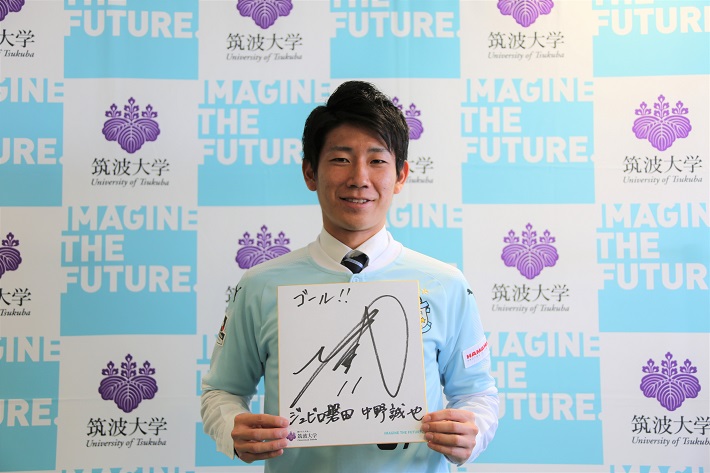 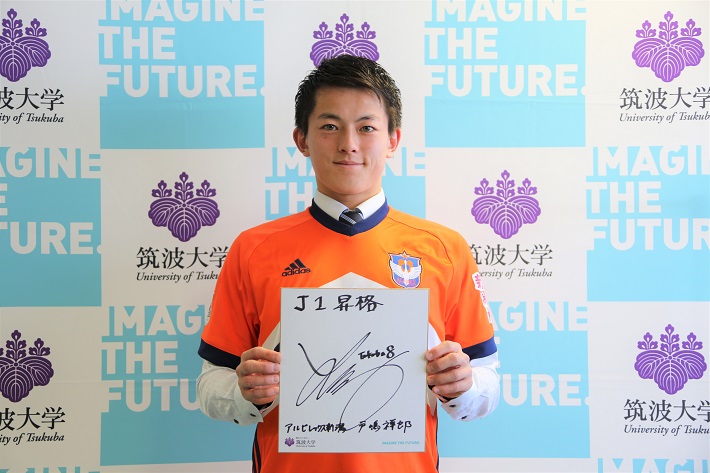 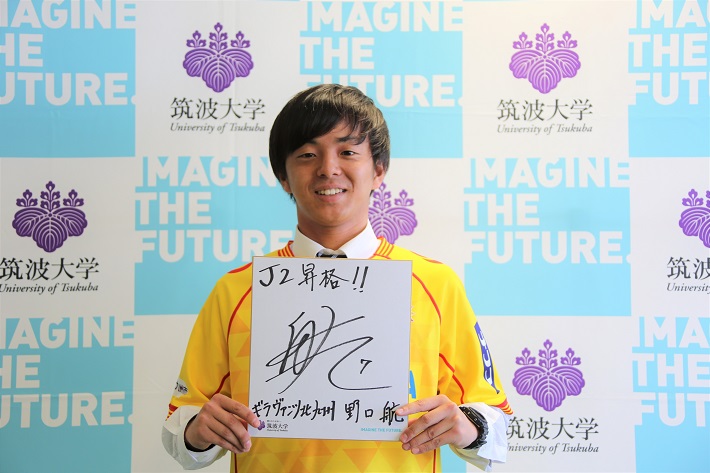