Remarkable things have been happening in robot engineering in recent years, but we are yet to see quick-witted, agile robots that can fly like sparrows and jump like mice. It would take advanced, complex technology to recreate mechanically the flexibility and instantaneous force of animal muscle, but, having said that, there is a certain low-tech device that might be useful.

Robots now far exceed humans in terms of operational speed and precision. However actions that animals perform naturally are very difficult for robots. One example is jumping. Animals concentrate energy in their muscles and joints and release it in one thrust. Particularly, small animals like mice, squirrels and frogs can jump freely and repeatedly in a variety of situations, such as when they are running or climbing trees. Prof. Mochiyama is researching ways to recreate this agile yet controlled movement in robots.

The key to producing agile movements is flexibility. One thing Prof. Mochiyama has noticed is the elastic deformation phenomenon known as ‘snap-through buckling.’ This unfamiliar term refers to the phenomenon of a metal or plastic rod or plate suddenly changing shape when force is applied to it. If you slowly apply force to one end of a long and thin piece of metal which is bent in advance, it may drastically change its shape to another completely different one. This quick deformation is due to its flexibility, and this is the source of the action of jumping. As this force can be applied and removed repeatedly, if you combine the piece of metal with a motor and attach them to a card-sized casing, you will have created a jumping robot which weighs as little as 14 grams. The robot starts to jump around as soon as the motor is switched on. Adjust the angle of the ‘foot’ (the piece of metal), and the robot will move forwards while it is jumping, even managing stairs. It moves in the same way as a frog and is the first ever robot able to jump in this way. Further adaptations can make it move in a zig-zag pattern, turn, swim in water, and perform a range of movements similar to those of small animals. Simple yet un-robot-like mechanisms allow for more and more variation.

Buckling is a basic phenomenon in mechanical engineering, but it is not usually a desirable feature in a material. It would be dangerous if a construction girder became quickly distorted or if a medical catheter suddenly warped inside a blood vessel. The uniqueness of Prof. Mochiyama’s vision is in the fact that he is trying to utilize the very phenomenon that experts in this field try to avoid. This mechanism was first used in one of the driving systems of the rover on the Hayabusa 2 asteroid probe, which Prof. Mochiyama took part in developing. The amount of force applied, the resulting warp, changes in energy before and after buckling, etc. were theoretically simulated and the structure was optimized. The completed robot looks like a toy, but its structure and movement are based on minute calculations. This is where Prof. Mochiyama’s knowledge of control engineering was able to shine.

There are other simple mechanisms which create instantaneous force, in addition to buckling. Prof. Mochiyama and his team used an air-gun to recreate the movement of a chameleon’s tongue. A real chameleon’s tongue shoots out instantaneously and catches distant prey with stunning accuracy. This mechanism is as yet not fully understood by biologists, but the air-gun mechanism is similar in terms of the action of rapid shooting. A string with a magnet attached at the end is shot horizontally out of an air-gun, and this catches a descending target approximately 80 cm from the tip of the gun. This takes approximately a quarter of a second. It is easy to calculate the target drop timing, but the team had to take bow and arrow forms into account when they designed the magnet—the shape of the tip and the need to attach wings to it to make it rotate—to ensure it would shoot out perfectly horizontally. The result was a device which moved in the same way as a chameleon’s tongue, even though the appearance and the principles were completely different. Even if we do not recreate the complex structures of an animal’s body, it is still possible to construct mechanisms which emulate their particular movements.

Recreating living creatures is the basic theme of robotics. A robot has been developed which is able to imitate a large, rapid animal like a cheetah, but the design of more compact devices is far more difficult. The more instantaneous force you try to produce, the more force must be applied, and it is difficult to design a small device able to withstand such force. Prof. Mochiyama and his team aim to produce a small robot, as agile as a mouse, able to go up and down stairs, as this would be useful for searches inside buildings and for rescues, etc. He is fascinated by the freedom and agility shown by small animals as they run, turn, jump and fly. 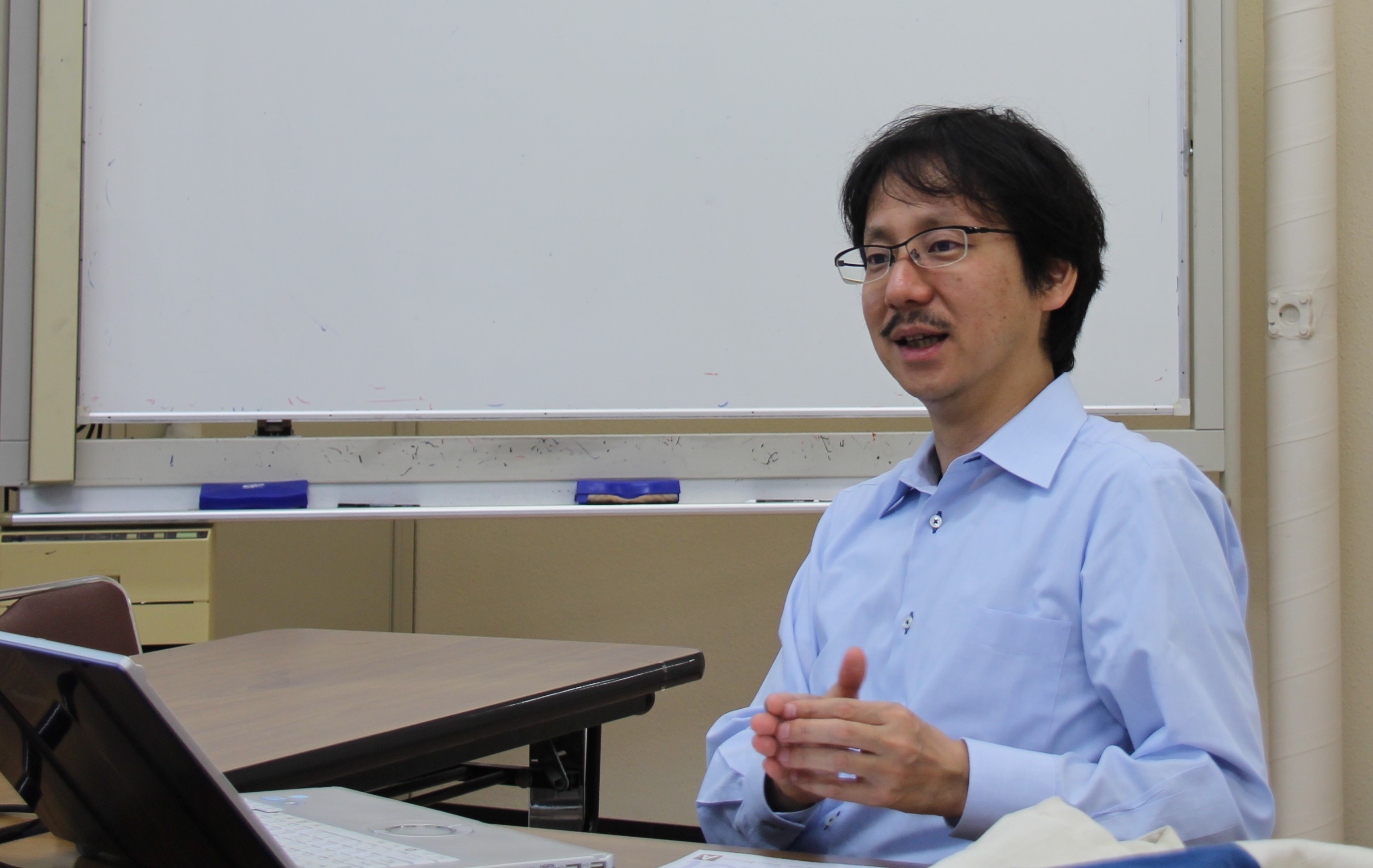 Prof. Mochiyama gets some of his ideas from animal documentaries 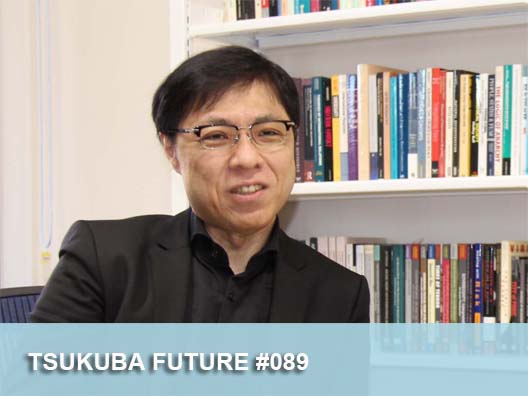 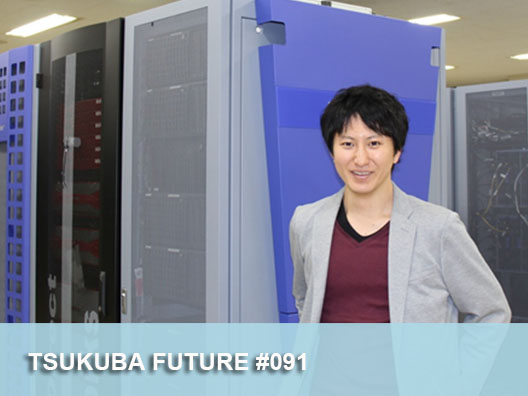