A Study of International Politics as Scholarship

The end of the Cold War irreversibly altered the study of international politics, as most research had been predicated on the structure of the Cold War continuing to hold up. Moreover, researchers tended to be entrenched in political positions. In the post-Cold War world, regional and ethnic conflicts have been a common occurrence, flaring up in unexpected ways. However, the study of international politics is not the same as blithely critiquing world affairs. Prof. Minamiyama approaches global power relations from perspective of a social science.

At the end of World War I, the world was fatigued, and the League of Nations was formed to prevent the recurrence of another major war. International Relations (IR) as an academic discipline was born from this movement. Issues that had been raised under the rubric of foreign policy history up to that point came under scrutiny once a discussion began on what constitutes a ‘state,’ requiring an exploration of the mechanisms that give rise to war and the conditions that bring about peace. However, the world was soon drawn into in another major war.

After World War II, a Cold War ensued, with capitalism and communism vying for supremacy. During the Cold War, research into international politics proceeded on the premise that the Cold War would continue into the future. So, when the structure of the Cold War collapsed, many academics who were studying international politics no longer knew how to proceed, according to Prof. Minamiyama. Social scientist who should have been keeping their distance from their research subject had gotten sucked into its vortex.

International politics, one might think, involves diplomatic problems, but as a discipline the meaning is slightly different. It requires one to return to the basics and ask, what is a nation, and what is a state? And, why do people organize into groups? These questions are related to social thought and social philosophy, but Prof. Minamiyama believes IR requires one to consider these fundamental questions.

The word “country” not only has the meaning of “nation-state,” but also “homeland.” The concept of the nation-state means different things in different parts of the world to different ethnic groups. In some regions, people’s identification with an ethnic group may be stronger than their identification with their country, whose border lines were drawn after the collapse of colonial control. Armed conflict to maintain the country tends to afflict such regions. Prof. Minamiyama emphasizes that it is important to look at the historical background in such regions, rather than think merely in terms of national borders.

When talking about the problem of war in his lectures, Prof. Minamiyama brings up the 1947 film Monsieur Verdoux, written, directed, and starred in by Charlie Chaplin. In the film, the hero, who is a serial killer, says this prior to his execution: “One murder makes a villain; millions, a hero. Numbers sanctify, my good fellow!” In a “justified” war, killing enemies is thought of as performing an act of righteousness.

The issue then becomes whether or not it is possible to justify a war. Here, too, the judgment of whether or not the purpose of a war is just depends a great deal on people, the country, and the times. If you take the Iraq War, for example, America justified its actions by saying it was eliminating weapons of mass destruction. Yet, in the end no such weapons of mass destruction were found, so the basis for the initial justification had been lost.

Another example from which a lesson can be learned is in regard to the large number of people around the world who accepted President George W. Bush’s assertion of Iraq as part of an “Axis of Evil.” His reasoning was rooted in the coordinated terrorist attacks perpetrated on the United States on September 11, 2001. The notion that killers are evil is an ethical norm; transferring this thought to one where an entire country is evil, however, is not. This drastic change in mindset was not simply due to the message issued by George W. Bush. One must ask how masses of people can be swayed to think a certain way, based on what rationalization, and under what circumstances people will see only what they want to see. The general acceptance of such conditioning must also be looked into when studying international politics, says Prof. Minamiyama.

Once or twice a year, Prof. Minamiyama goes to local high schools to give a class. The topic he talks about is majority rule. In a class of 50 students, is it okay to make a decision affecting everyone based on a vote of 26 to 24? He asks them whether there is a method of collective decision-making that is acceptable to the losing side. One example he brings up is the fan voting system for the female pop group AKB48, called the “Senbatsu Sousenkyo.” The purchase of one CD entitles the buyer to vote once, so a person who buys 50 CDs has 50 votes. He asks if it is a fair for a system to give one person 50 votes. By using this example, he places a question mark upon majority rule.

Finally, is the issue of Okinawa. Okinawa is struggling with problems relating to U.S. military bases on the islands, which the local public is largely against. Here is an issue that cannot be solved by majority rule. The realities being faced are: approximately 73% of American military facilities are concentrated on Okinawa, which represents just 0.6% of national land; and after the restoration of sovereignty to Japan following defeat in WWII, Okinawa’s restoration was delayed by 20 years. Prof. Minamiyama wishes us to understand that even in light of heightened tensions in East Asia in recent years, the importance of U.S. military bases in Okinawa has declined in comparison to the Cold War era.

Most students today have not grown up reading newspapers. Because they have not formed their own personal world view, they are susceptible to being swayed by opinions on TV political talk shows or baseless information that appears on the Internet. Prof. Minamiyama tries to persuade such students to think for themselves. 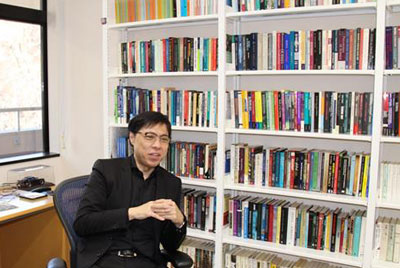 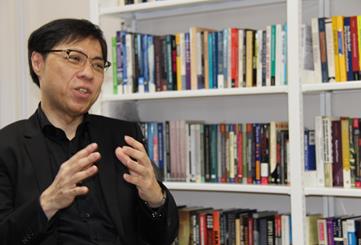 Some of students who believed that IR was an extension of TV news show commentary are surprised at the gap between their perception and what they learn through his lecture. 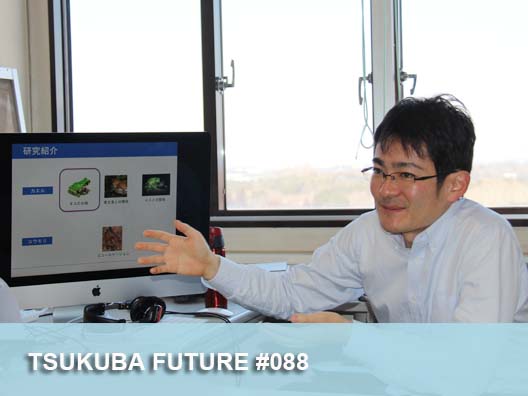 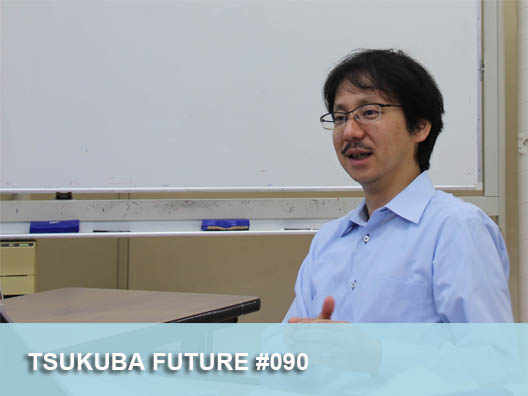