Disasters have a major impact on not only the physical health but also the mental health of those affected. Even when one is prepared with emergency supplies for a disaster, it is difficult to prepare emotionally Professor Takahashi leads a psychiatric health team that heads out to disaster zones and serves as the front line of emotional support.

Emotional Support Specialists Guiding the Transition from Loss to Rebuilding

■ Psychiatric care for disaster victims
After the Great East Japan Earthquake of 2011, there was interest in not only financial relief and supplies, but also emotional recovery. The Disaster Psychiatric Assistance Program at the University of Tsukuba was founded in 2012 perhaps owing to the university's location in Ibaraki Prefecture, which was both affected by the disaster and is providing disaster assistance.

Japan is one of the most disaster-prone countries in the world, but has yet to establish a system for psychiatric care after disasters, making this a brand-new field. The effort was started by gathering knowledge from experts in disaster medical assistance and from sites of major disasters such as wildfires, earthquakes, floods, and terrorist attacks across the world. Prof. Takahashi discovered a common trait in certain "emotional recovery" stories: that is, those who had lost something precious later adapted to their situation.

Currently, the concept of psychological first aid (PFA) is a trend in the area of disaster psychiatric assistance. Once disaster victims are provided with appropriate food, clothing and shelter, the essentials for everyday life, and their needs are determined by direct questioning, psychiatric care begins. Care providers must avoid pushing their own values on the people they are assisting. Though they have good intentions, they should be careful not to try too hard to cheer people up or give strong advice because this can deepen emotional wounds.

■ DPAT is in the field!
After the Great East Japan Earthquake, many medical teams arrived in the area and saved many lives, but subsequent psychiatric care for those who were saved from the tsunami was an issue.

Many emotional support groups were formed, but they came from different organizations and disciplines ranging from doctors and nurses to psychiatrists, social workers, and even religious figures. There were also imbalances in where and how support services were offered. That is why the Disaster Psychiatric Assistance Team (DPAT) was organized to dispatch psychiatric support teams of standardized quality. It is an expert team formed of medical professionals such as psychiatric doctors and nurses as well as administrative workers who communicate with supply distributors and other teams.

Two teams had been formed at the University of Tsukuba, and the 2016 Kumamoto earthquakes happened just as they were moving forward with preparatory training and drills. DPAT had not been around for very long, so there were only about 100 teams. About 25 teams from all over Japan offered support by taking on 1- to 2-week shifts. Of course, the University of Tsukuba teams were also called and dispatched. 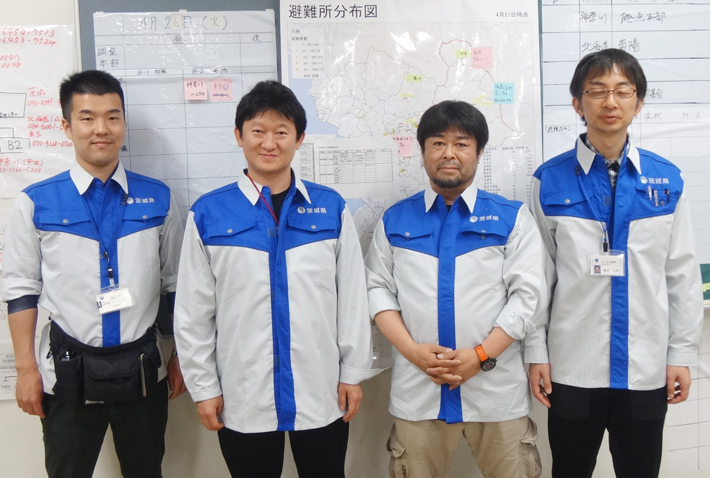 ■ The long-distance relay of medical care
Saving the lives of disaster victims is the primary battle for the first few days. However, emotional support continues for long after that. Needless to say, people need to be relieved from the shock of the disaster, but a treatment for a wide range of psychiatric issues such as depression, alcohol-related psychiatric disorders, dementia, trauma-related disorders and sleep disorders are also required. DPAT members travel to shelters and hospitals to provide medical care, but treatment does not end there. They must connect to the next team and ultimately pass on the work to the local medical system. It is like running a long-distance relay and passing the baton.

People frequently do not realize that they are emotionally damaged. The people around them are the ones who notice that something is different. That is how patients are connected to doctors and medical care. This is another medical relay. When a disaster occurs, public health nurses and other shelter workers keep an eye on shelter users, and the same happens at homes and workplaces. It is important for community members to look out for each other's mental health.

■ The continuum of routine care and disaster care
Prof. Takahashi wanted to become a psychiatrist because he was interested in how people's brains work to make various decisions that drive behavior and carve out a life. He wanted to know the mechanisms of those things, and chose psychiatry out of all the medical fields that deal with the brain, such as neurology and neurosurgery. As a psychiatrist, he typically provides routine care and specializes in diagnosis and treatment of dementia.

Life could be considered a series of small disasters. We have the power to overcome those small disasters and keep living our lives, but we sometimes lose to them. That is why providing solid routine care can help prepare for disasters. Experience with a disaster can also help in routine care. The entire medical care system can be enhanced by understanding routine care and disaster care as a continuum. The Japanese people have overcome many disasters throughout their long history, but more expertise and manpower will be necessary to provide psychiatric care that requires step by step care and perseverance.

Living in Ibaraki Prefecture, an area very familiar with earthquakes, tornadoes, and floods, one can truly sense the importance of disaster psychiatric medicine. Prof. Takahashi's goals are to use DPAT to build networks with medical institutions across Japan and strengthen psychiatric support systems, and to jumpstart this new field in order to prepare for future disasters to come. 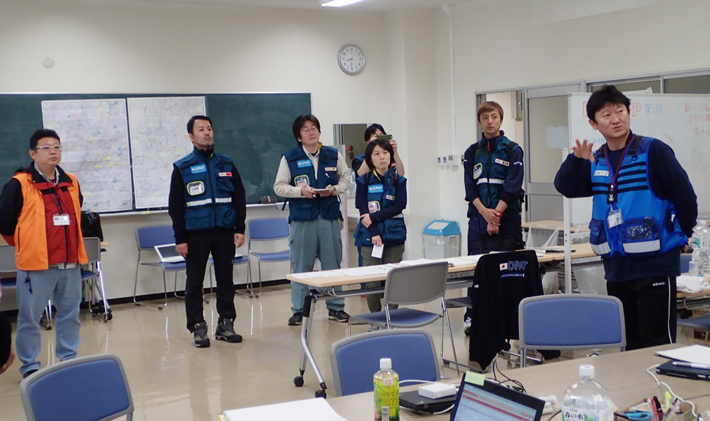 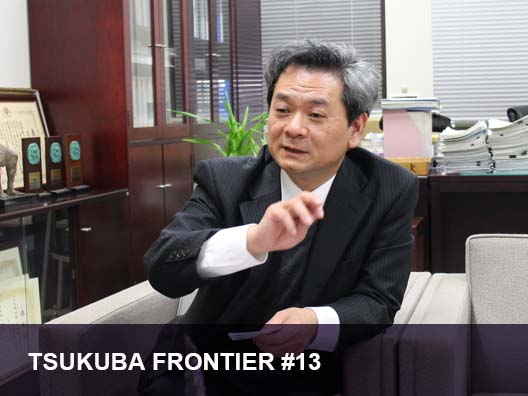 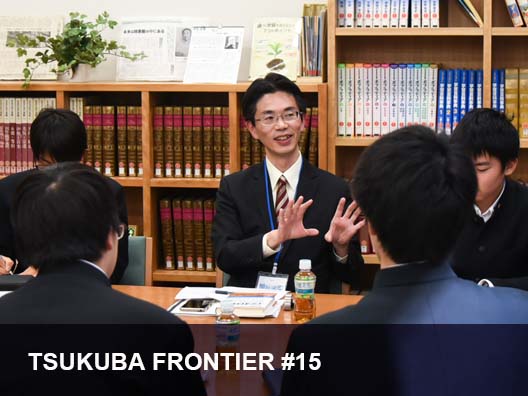