Infectious diseases cause around 15% of human mortality, and the cause of such diseases is so-called pathogens, including microbes, fungi, and viruses. Yet although they are pathogens, the structure of viruses is too simple for them to be regarded as organisms. Viruses consist of only genetic material (viral genome), referred to as nucleic acid, in a protein shell. The virus is not only unable to replicate by itself, it cannot even assimilate energy. It propagates itself and survives by invading the host cell and hijacking its replication mechanism.

Although the virus can hardly be regarded as an organism, epidemics of virus-caused infectious diseases are frequent and have a severe impact on society. Influenza is a representative example. Since the genetic material of the influenza virus is RNA (ribonucleic acid), it is categorized as an RNA virus. It is roughly a mere 100 nanometers (1 nm = one billionth of a meter) in size. If a human cell were the size of metropolitan Tokyo, a virus would be about the size of one adult. Yet through epidemics, this trifling presence can create great havoc. Six hundred million people are thought to have been infected and more than forty million lost their lives in the worldwide epidemic of "Spanish flu," which broke out in 1918. Memories are fresh today of the outbreak of swine flu in Mexico and avian flu in China. 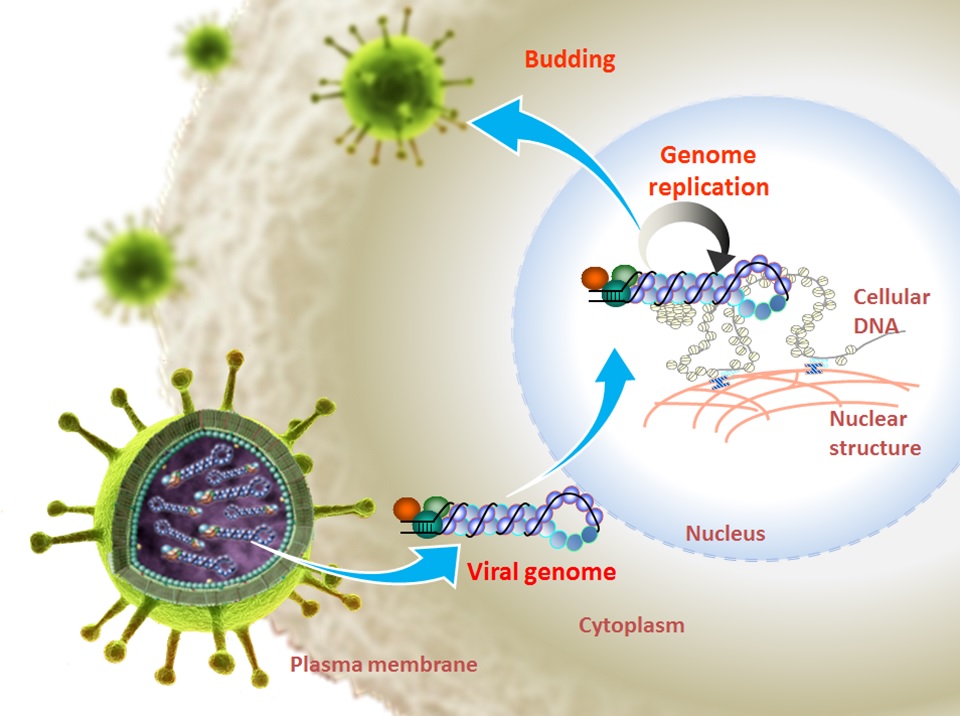 The process by which the influenza virus infects the cell, replicates, and detaches (buds) from the cell

On the other hand, the viral genes associated with replication are known to mutate infrequently. Consequently, Prof. Kawaguchi and his colleagues embarked on a study of the host cell genes that the virus uses to replicate.

After the influenza virus binds to the host cell membrane and enters the cell, it sheds its protein shell and releases its genetic material, which then makes its way into the host cell nucleus. In order for the virus to replicate, it must make copies of its genome while also producing the protein shell that will carry the genetic material. The influenza virus performs these two processes by manipulating the genes that the cell uses for its own replication. In other words, the virus hijacks the cell's genes. Prof. Kawaguchi has been investigating which genes the virus takes over and manipulates, and how the virus carries out its manipulation. Using techniques to reproduce the viral genome replication process in a test tube, some of the cell genes needed for viral replication have been discovered, and the ingenious strategies used by the virus are gradually being clarified. Research is also closing in on the mechanism by which the synthesized viral coat and replicated viral genome are transported to the host cell membrane, where they combine to form a virus and detach (bud). Elucidating this series of processes will also make it possible to develop completely new types of drugs to combat the influenza virus.

As a student, Prof. Kawaguchi studied organic synthetic chemistry. When he was advancing to graduate school and considering different options, he says that he had a fateful encounter. He chose Kyosuke Nagata (at the time, Associate Professor at Tokyo Institute of Technology's School of Bioscience and Biotechnology, now University of Tsukuba President) as his academic supervisor, and switched to researching the influenza virus. Many molecular biologists find it challenging to analyze the three-dimensional crystal structure of proteins. However, with his background in organic chemistry, Prof. Kawaguchi has no such allergy. His presence is truly a godsend, capable of unifying diverse fields. 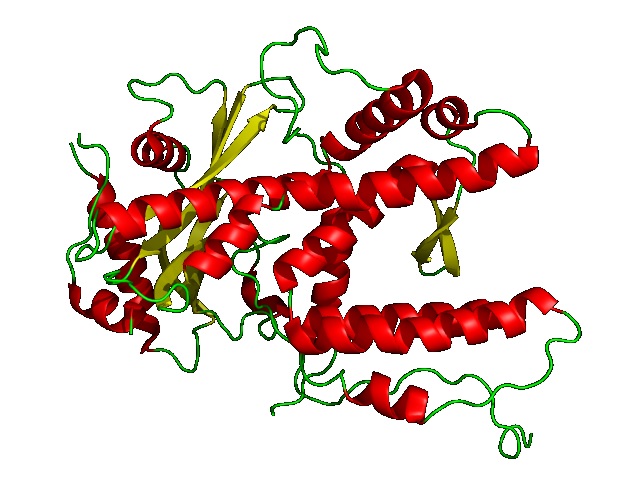 Crystal structure of the viral genome's reproductive enzyme, elucidated by Prof. Kawaguchi and his collaborators (Nature, 2008) 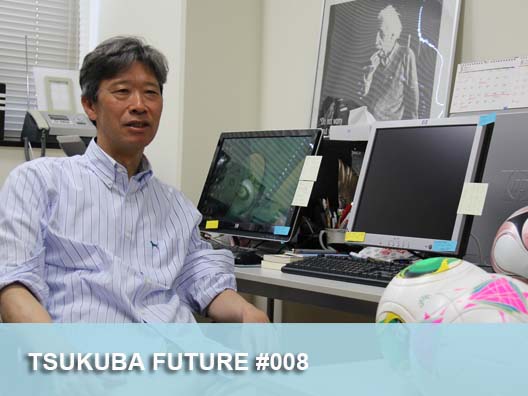 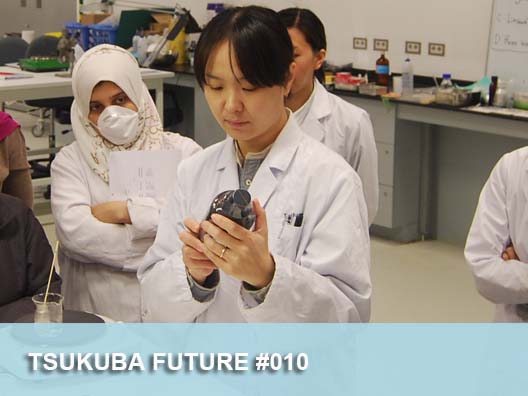