What Happens in the Sleeping Brain

We spend over one-third of our life sleeping. But why do we need to sleep? We humans are not the only ones. Almost all animals need to sleep every day as well. Though some animals sleep more deeply than others, all certainly become defenseless while sleeping. So why do we still need to sleep despite this? We are not yet sure of the reason. Prof. Honjoh is working toward unraveling the mysteries of sleep by looking at what happens in the sleeping brain. 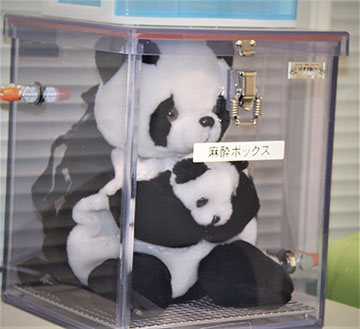 When we are sleeping, we are in an unconscious state other than when dreaming. While in a deep sleep, we are not aware of slight sounds that should be reaching our ears. However, our neurons are still active even in the sleeping brain. The brain’s neurons send each other information through unidirectional nerve impulses. Scientists call this “firing” of neurons.

Normal sleep alternates between non-rapid eye movement (NREM) sleep, which is dreamless, and rapid eye movement (REM) sleep, during which dreams are prone to occur. This phenomenon was named by American researchers who were the first to discover in the early 1950s that even while a person is sleeping quietly, rapid movement of the eyes alone is occurring beneath their eyelids. The brain is also highly active during REM sleep. This is said to be why we dream, but we are not sure how this happens. During REM sleep, contrary to brain activity, the muscles relax, causing the body to become limp.

NREM sleep, in contrast, is sleep without eye movement. Unlike in REM sleep, the brain “sleeps.” That is why we do not dream during NREM sleep. There are three levels of NREM sleep. Sleepers in the deepest level, level 3, do not wake up quickly even when roused. However, this does not mean that the brain is resting too. If you look at an electroencephalogram (EEG) of the cerebral cortex, the brain region responsible for higher-order information processing, you can see that neurons are firing. However, their firing pattern varies greatly between waking hours and NREM sleep. EEGs recorded during NREM sleep show slow waves with large amplitude and long wavelengths. The deeper the sleep, in other words, as the sleep level progresses from 1 to 3, these slow waves become larger. (In contrast, waking EEGs show waves with small amplitude and short wavelengths.) Between the slow waves of NREM sleep, formerly dispersed neuronal firing stops at the same time for a period of just a few tenths of a second (a few hundred milliseconds). This is called an off period. Could this be related to the brain’s “sleeping”? We do not know. In fact, it is said that this same phenomenon of neural synchrony is observed under anesthesia as well, and that it is even stronger than that seen in NREM sleep. However, there is a major difference between these two types of sleep. People under anesthesia cannot wake up unless the anesthesia is reversed, but it is possible to wake up from NREM sleep.

Prof. Honjoh is working to uncover what is happening in the sleeping brain at a genetic level. As of late, the favored approach of many researchers looking for causative genes has been to create knockout mice by inactivating potential target genes and to observe what changes occur in those mice. However, in creating a knockout mouse, since activity in the brain is so delicate, it is impossible to be certain that abnormalities will not occur. To pinpoint changes between sleeping and waking without damaging normal functions would be next to impossible. That is why Prof. Honjoh started her research by using normal mice to try to determine through which neural circuits the strange EEG patterns unique to NREM sleep arise. Without mentioning specifics, she takes a slow and steady approach by studying areas of the brain she strongly suspects are relevant and gradually narrowing down her targets.

During graduate school, Prof. Honjoh studied problems related to aging and lifespan using nematodes as research subjects. At the American university where she worked as a postdoctoral fellow, she discovered what areas of the cerebral cortex promote wakefulness when activated, and how that activation occurs. That experience gave her confidence to continue with her slow and steady approach to research on the topic. Her optimistic, sleep-loving personality may be well suited to this kind of research. Sitting surrounded by her beloved stuffed animals, Prof. Honjoh has a quiet but passionate drive to unravel the mysteries of sleep through research on neurophysiology and gene expression. 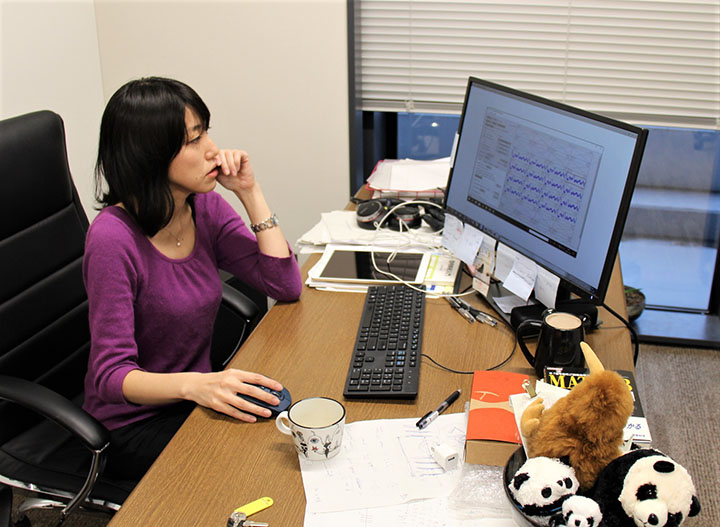 Prof. Honjoh can monitor the electroencephalograms (EEGs) of mice she has fitted with electrodes from her computer at her desk. She can tell if a mouse is awake or asleep by looking at the EEG. 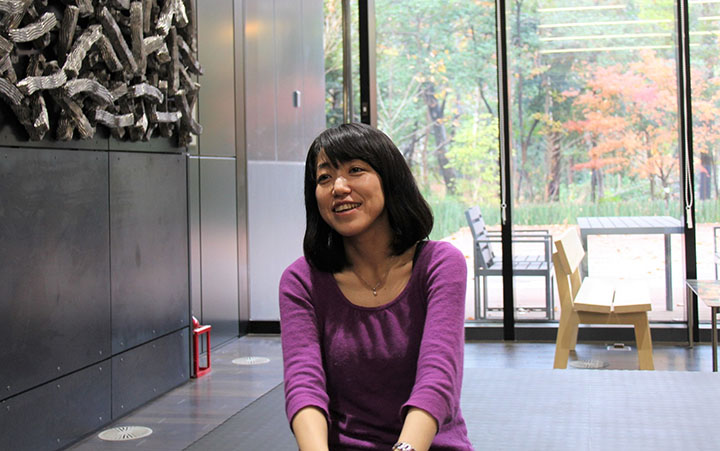 Prof. Honjoh says that the International Institute for Integrative Sleep Medicine offers an excellent research environment and a pleasant lifestyle, with much calmer weather than Wisconsin in the United States where she lived as a postdoctoral fellow. 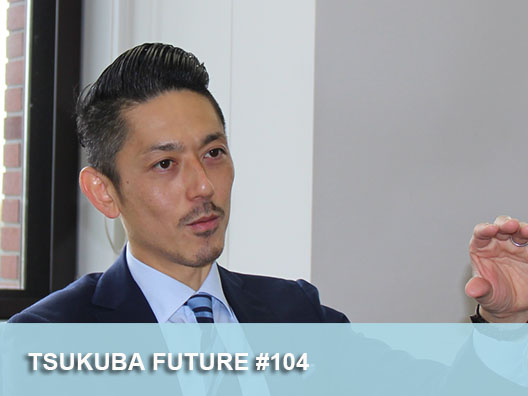 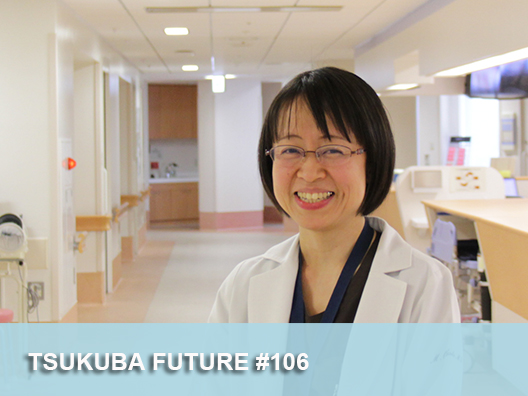