Blood vessels unceasingly transport blood throughout our bodies for as long as we are alive. When an abnormal change occurs in these vessels, it can be life-threatening. One relatively common condition is an aortic aneurysm, which involves abnormal enlargement of a major blood vessel called the aorta. It is a particularly troublesome condition because it produces almost no symptoms, and often goes undetected until the aneurysm ruptures and is too late to treat. Prof. Yanagisawa is developing methods to prevent and treat aortic aneurysms by uncovering how they occur and progress, and the mechanisms by which relevant signals are transmitted to vascular cells.

■ Cells and the Extracellular Matrix

An aortic aneurysm is defined as a bulge in the aorta to at least 1.5 times its normal diameter, which is about 20 mm. These aneurysms are typically asymptomatic until they rupture, and are often detected incidentally by ultrasound or X-ray during a health checkup or a visit to a doctor for another disease. Once an aneurysm is detected, its progression can be slowed by controlling blood pressure with medication or it can be treated surgically by replacing the affected section of the aorta with a vascular graft, but it will not heal naturally. Although lifestyle habits such as diet (hyperlipidemia) and smoking are said to be possible causes, precise mechanisms of onset are still unknown.

Blood vessels are formed of three layers of cells. From the innermost to the outermost, they are endothelial cells, smooth muscle cells, and fibroblasts. However, these cells are not independent from the rest of the body; they also connect to elastic fibers and other such tissues outside of them, and are inevitably affected by those tissues. Above all, the connection of the aorta to elastic fibers is important for the aorta to continue circulating blood through the body, because these fibers apply constant mechanical stimulation to the aorta that causes the vessel to expand and contract. In some cases, an aortic aneurysm is caused by problems with connection of the aorta to extracellular tissues rather than abnormalities in the cells themselves. 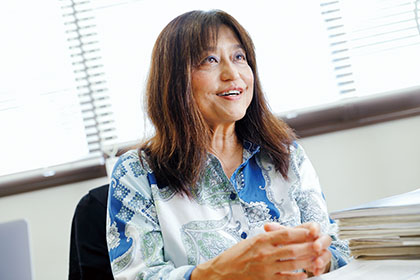 Prof. Yanagisawa uses a mouse model with thoracic aortic aneurysms in her research. There are three phases in aneurysm development: initial development, the growth process, and rupture. Prof. Yanagisawa is working step-by-step to determine what signals and factors are involved in each phase. Aneurysms of different causes have different growth and rupture patterns as well.

Prof. Yanagisawa is isolating and identifying proteins expressed in blood vessels before, during, and after development of an aortic aneurysm through proteomic analysis, and is also examining fluctuations in various factors during those phases. There are about 35 of these factors. When Prof. Yanagisawa analyzed one of these proteins called cofilin specifically, she found that activation of cofilin caused actin fibers that form the cytoskeleton to fracture, which triggered formation of an aortic aneurysm.

Through this research, she identified one signal transduction pathway involved in development of aortic aneurysms. However, research conducted by other groups suggests there may be several other causes as well. Prof. Yanagisawa is persistently working on research to analyze the remaining factors and uncover other causes.

When conducting medical research, it is very important to confirm that results obtained in mice are applicable to humans. Prof. Yanagisawa recently collaborated with the Department of Cardiovascular Surgery at University of Tsukuba Hospital on clinical research on the protein thrombospondin 1, which was previously discovered to be a causative factor of aortic aneurysms. In this project, which took about four years to complete, she analyzed 80 tissue specimens from actual patients who underwent surgery for a thoracic aortic aneurysm.

Through this research, she was able to confirm that human patients with aortic aneurysms also strongly produce thrombospondin 1. She also discovered that cyclic tensile strain (mechanical expansion and contraction) induces production of this protein (through a mechanotransduction mechanism). Of course, this finding does not provide definitive evidence that this mechanism causes aortic aneurysms in humans as well as mice. However, it is safe to say that the unique research environment offered by the University of Tsukuba made this kind of collaboration between basic researchers and clinicians possible.

Prof. Yanagisawa originally decided to specialize in hematology because she wanted to combine basic research with clinical work in a deliberate manner. When she traveled to the United States and started her research, developmental engineering had just emerged as a new academic field, and she ended up working with blood vessels in research on neural crest cells. The major blood vessels have an asymmetrical distribution pattern that changes in a dizzying fashion during fetal development. This is how Prof. Yanagisawa first became interested in blood vessels. As she moved laboratories and started researching a disease that causes baggy skin (cutis laxa), she came to study the elastic fibers that compose the extracellular matrix.

What led her to conduct research on aortic aneurysms were research results she published in 2002. She had discovered that deficiency of an extracellular matrix component called fibulin-5 caused abnormal formation of elastic fibers. This weakens the ability of the extracellular matrix to support the skin, and causes cutis laxa. Prof. Yanagisawa later found that such abnormalities in the components of elastic fibers actually affect connections with blood vessels as well, and specifically that they are a factor that causes aortic aneurysms. 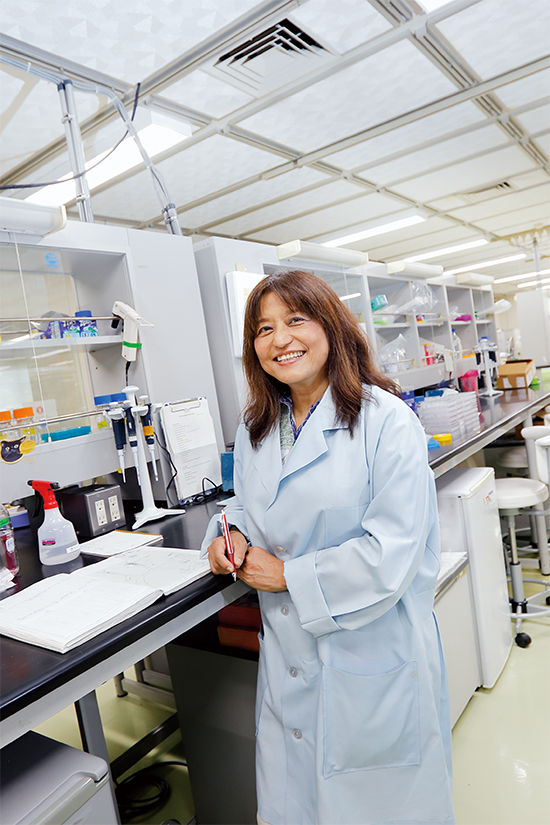 ■ Expanding into a New Field One Step at a Time

Deep research on the body and disease inevitably leads to detailed molecular-level structures and mechanisms. However, the body is structured in such a way that the extracellular matrix connects to the cell surface, and the cell surface to the cytoskeleton, and thus these components cannot be considered separate entities. In the case of blood vessels as well, it is essential to consider events in vascular walls as occurring in a unit that includes the cell and the extracellular matrix.

Considering these events in this way may increase the complexity of factors that contribute to a given pathological state. However, it is the role of basic research to identify those factors in precise steps and search for answers from various different angles. Once today’s unknowns become known and the body of research grows, paths to prevention and treatment of aortic aneurysms will become clear.

Prof. Yanagisawa has been conducting research on blood vessels for many years, but there is one area she has yet to explore. That area is cerebral blood vessels. The brain has unique mechanisms that differ from those of other organs, and the extracellular matrix in the brain also has to be conceptualized differently. There are many aspects of brain vasculature not yet covered by specialties such as neurology, and Prof. Yanagisawa’s goal going forward is to dive into this new field in order to gain a systemic understanding of the body’s blood vessels. 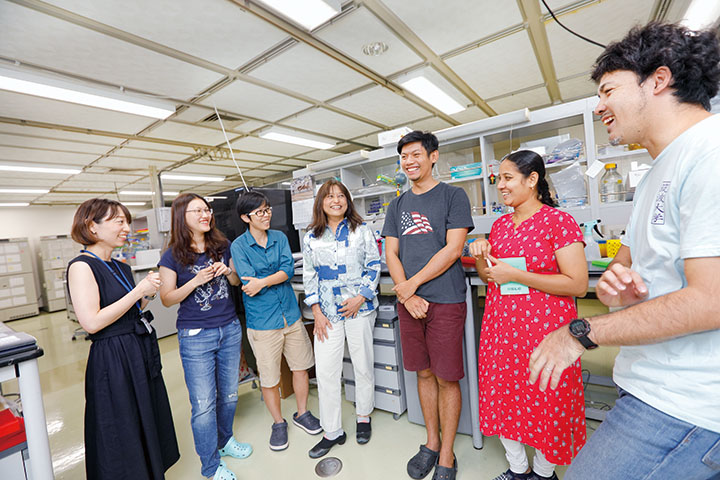 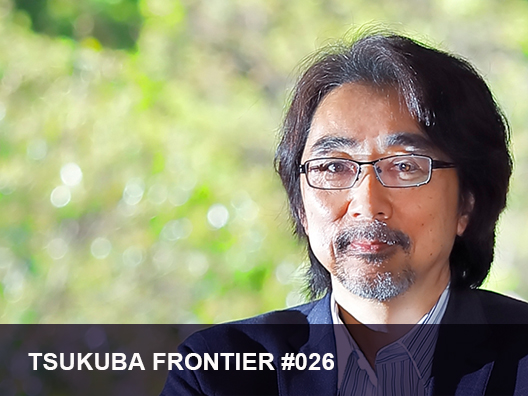 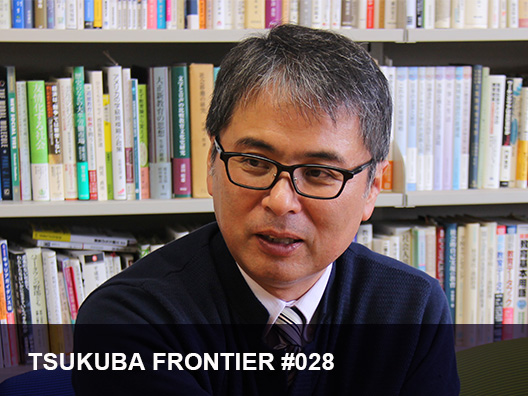