When making decisions and taking actions, even when we think that we are deciding things by ourselves, we are to one extent or another influenced by others. The manner in which the structure of relations between people affects information transmission can be modeled, and through calculations, changes in group behavior and the strength of leadership can be simulated. The Kurahashi laboratory is proposing that such methods be used to obtain guiding principles for dealing with various problems that are actually being faced by organizations and society.

Much energy is now being devoted to data sciences, relying on artificial intelligence (AI) and other tools to effectively utilize enormous amounts of data (“big data”) that have accumulated in corporations and in society in general, for marketing and other purposes. However, there is no data that is ready to be used to examine new and heretofore unheard-of businesses and strategies. Here, new ways of thinking based on simulations, which utilize past data to try to envision the future, become relevant. And among these are an approach to diverse problems of society centered on what are called “agent-based models” in which the patterns of activity of individuals are modeled and used to predict the behavior of entire groups.

The problems faced by societies are large in scale and span diverse constituent elements, making it difficult to actually test various possible solutions. Simulations can be used as a tool that, in just a short length of time, enable predictions of future aspects of society based on data. By modeling how people influence each other, how they change their attitudes and behavior, the manner of information transfer and leadership within the group can be calculated.

■ To Draw Out the Potential of Humans 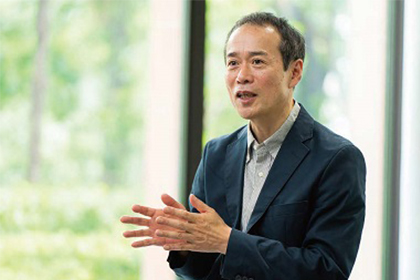 Of course, the modeled behavior of people does not completely match their actual behavior in the real world. Rather than trying to find an exact solution, simulations are utilized as aids in decision-making. There is a limit to the amount of various kinds of data that humans can themselves process in order to predict the future. But, if provided with some kind of indication, people can proceed on that basis to make better judgments. We could perhaps say that some leeway is left for interpretation, creating the conditions for people to exhibit their power of reasoning. The real point of modeling is utilizing simulation results in day-to-day decision making.

Determining the parameters to be used, and the level of abstraction of the modeling, and how to make adjustments, is an interesting aspect of research. If the level of abstraction is too high, models can deviate from reality; if they are too low, calculations must be performed again each time the circumstances change. If the appropriate level of abstraction is set, it is possible to obtain generally applicable indicators that are not limited to specific regions or organizations. In the process of repeating trial-and-error iterations for this purpose, the actual nature of the problem becomes visible.

■ Predicting the Effects of Infection Countermeasures

The Kurahashi laboratory is also using this method to conduct simulations of the effects of measures to address infection with the novel coronavirus. From the initial period of the outbreak, it investigated the kind of behavior that people exhibited due to reduction of economic activity, limitations on movement, and other measures, and the extent of the spread of infections as a result, using a database of all of the 80,000 or so infected persons in Wuhan, China, which is said to be where the virus originated, and proactively reporting the results of numerous simulations. Such research results have also been used to make policy decisions in Europe and North America.

Research relating to infection countermeasures is a theme that Prof. KURAHASHI undertook while conducting research at a university in the Netherlands. He initially studied Ebola hemorrhagic fever. This was an urgent problem in Europe, which is close to Africa. Upon conducting simulations to determine what would happen if even a single infected person were to be allowed into Japan, serious results were obtained, far in excess of expectations.

Infectious diseases seem to appear almost annually, whether they are new strains of the influenza virus, SARS (severe acute respiratory syndrome), Zika fever, dengue fever, or rubella. Upon each outbreak, data from the WHO (World Health Organization) and from the National Institute of Infectious Diseases is analyzed, but each outbreak has a different infection mechanism, calling for different measures. In cases where the infection vector is mosquitoes, movements of mosquitoes must also be considered. Even when the basic model is the same, the parameters used are completely different.

■ Traveling Between Science and Culture

The terms “AI” and “big data” tend to suggest so-called leading-edge fields in the sciences. And certainly when one attempts to use a computer to reproduce the thoughts of humans, highly sophisticated equations and algorithms cannot be avoided. Even so, the actual thought processes of humans are far and away more complex. Even if thoughts could be represented by the kind of prose appearing in a novel, when converted into equations, they must be simplified considerably. That is, the same matter might enter the realm of the social sciences and humanities when closer to the actual complicated world, or might remain within the sphere of the natural sciences when dealt with in a limited, virtual world.

When considered in this light, programming can be considered to exist in between the social sciences and humanities on the one hand, and the natural sciences on the other. That is, programming involves abstraction of the complicated real world to the point at which calculation is possible. In particular, when simulating a problem of an organization or society, knowledge in the social sciences and humanities, such as sociology, psychology or the like, becomes more important than computer science. In Japan, social problems are often handled as calculation themes in computer sciences. In other countries, however, researchers in the social sciences tend to adopt a research style in which programming is used as a tool for problem resolution. The programming language is based on the Logo language, originally developed for elementary and junior high school students to use in practice, and this language can be used effectively without a high level of expertise.

■ Toward Simulations that are Useful for People

The base for the Kurahashi laboratory’s research is a graduate school for members of society (a business school). In business schools, there is generally a tendency for education to emphasize practical business, but the University of Tsukuba emphasizes research as well. Prof. KURAHASHI directly realizes the value of concentrating on and grappling with research at a university while drawing on his experiences as a member of society. Originally an engineer, he has interests in a wide range of fields, including biology, social psychology, and history. It was while he was in pursuit of research that combined these fields that he came across the new field of social simulation. In the course of gaining expertise in one area, he unwittingly acquired a lot of knowledge in peripheral fields as well. Such increased knowhow can also be useful in circumstances outside of research.

Students that work while studying experience problems that they actually encounter in their workplaces, and later enter graduate school. There are numerous pragmatic research themes, from efforts to improve efficiency within companies to urban planning addressing lower birth rates and an aging population, and the researchers themselves may experience a series of discoveries and feel that they are constantly engaged in battles with problems of society. Rather than announcing grand research goals, they will accurately identify things that really are problems for people, and will continue to meet research challenges while being aware of the need to offer solutions in a timely manner. 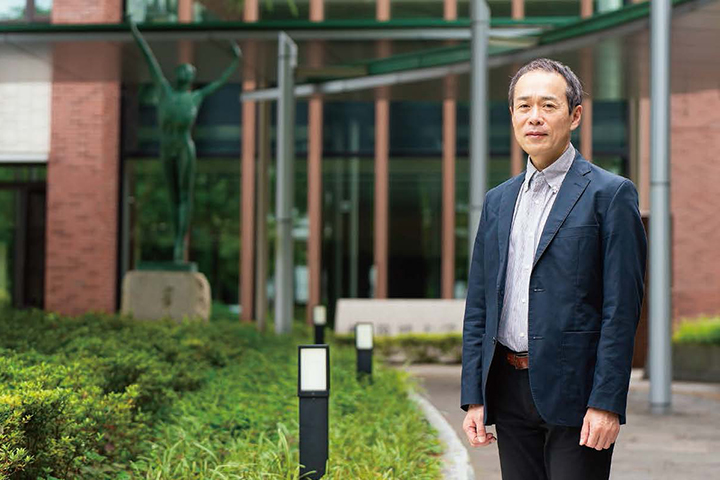 In the Kurahashi Laboratory, research is conducted on social simulations that test solutions to social problems on computers, simulation in business sciences to model management problems and conduct experiments, analysis, and predictions. It is also done on business intelligence and informatics to analyze issues in finance and marketing based on various data, and artificial intelligence research to discover meaningful information from large amounts of data accumulated at corporations and in society as a whole. Through these researches, the true nature of problems relating to society and management is explored, aiming at the cultivation of business leaders equipped with advanced management analysis skills. 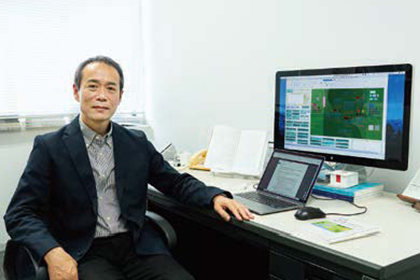 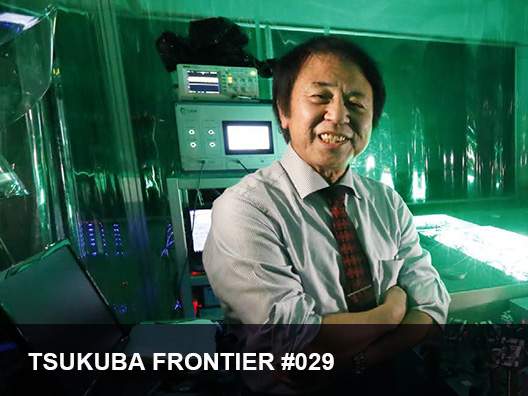