Every day of our lives, we make many different decisions. In many cases, we are faced with choosing which of several options would be most rewarding for us. What kind of brain mechanisms might be responsible for the logical decision-making that helps us choose more rewarding behaviors? The key to answering this question is a substance called dopamine, and the neurons that produce it, called dopamine neurons. Prof. Matsumoto is studying the functions of dopamine neurons with the aim of uncovering what role they play in decision-making.

■ The unknown functions of dopamine

Many people have likely heard of a brain chemical called dopamine. It has long been widely known as a pleasure chemical, but recent research has shown that it is also involved in other areas such as learning, motivation, and behavioral suppression. Neurons that produce dopamine, which are called dopamine neurons, are found in an area called the midbrain located in the center of the brain, and damage to these dopamine neurons also affects areas not related to emotions. For example, loss of about 80% of dopamine neurons causes Parkinson’s disease, which produces symptoms affecting various areas such as movement and cognitive function.

Loss of ability to make logical decisions in people with conditions such as drug addiction and obsessive-compulsive disorder is another symptom caused by abnormalities in dopamine neurons. Understanding the mechanism behind these symptoms would open a path to treating them. So, how might production of this dopamine once believed to be just a pleasure chemical be involved in the decision-making process?

Logical decision-making is a behavior unique to organisms with advanced cognitive function. Although mice are commonly used in neuroscientific research, the extent of development of their brain structure differs from that of humans, which means that mouse behavior is most probably not produced by the same mechanisms as human behavior. That is why monkeys, whose brain functions are closer to those of humans, are used in research on logical decision-making. Very few research institutions in Japan are capable of using monkeys in scientific experiments, which makes the University of Tsukuba a well-suited place for research in this area.

In experiments on decision-making, Prof. Matsumoto has monkeys perform various tasks and observes dopamine neuron activity during those tasks. When monkeys are rewarded for more valuable behavior, that is to say, for making the most logical choice, they learn from that experience and make decisions based on value. When Prof. Matsumoto analyzed dopamine neuron activity in these experiments, he found that it is actually dopamine neurons in the midbrain, rather than the frontal lobe considered to govern thinking and decisions, that take value information about choices and convert it into commands to select the valuable option.

In these kinds of experiments, researchers can best demonstrate their expertise by designing tasks to have monkeys perform. Complicated tasks are better for studying higher-level brain functions, but make analysis of results more difficult. It is important to design tasks to be as simple as possible in order to obtain the exact data required. Only a few monkeys are available for use in experiments, and they need to be cared for long-term. They also have to get along with the researchers conducting the experiments, which makes thorough preparations essential.

■ From intelligent robots to neuroscientific research

Prof. Matsumoto came to the field of neuroscience through his interest in intelligent robots. He was originally educated as a mechanical engineer. In graduate school, he joined a lab working to understand the brain theoretically by computational theory with the intention of studying intelligent robots. However, the technology of the time was not capable of deciphering the functions of the brain, so Prof. Matsumoto shifted to more direct research on the brain using monkeys. He wanted to do experiments that are not feasible in human subjects because they are too invasive or involve gene manipulation.

That is how he got involved in research on dopamine. His original aim was to uncover the mechanisms by which dopamine works as a pleasure chemical, but as Prof. Matsumoto came to understand that dopamine’s functions are not actually that simple, the breadth of his research suddenly expanded. Dopamine released by dopamine neurons reaches various areas in the brain and carries out different functions in each of those areas. To understand how dopamine works in humans, as one would expect, it is necessary to use a brain with a similar structure to that of humans.

As research findings on the complexity of dopamine neurons continued to be published, researchers from all over the world came into the field, and a huge research community has formed over the past 10 years or so. Researchers have discovered many new functions of dopamine, and the field is flourishing. This makes original research that much more important.

The main method used to study brain activity is to implant electrodes directly into the brain and record the electrical signals produced. However, this method does not work to control activity of dopamine neurons, which is why optogenetic methods have been attracting interest in recent years. Genetic manipulation is used to induce expression of photoactive proteins derived from plants in neurons, which are then activated by exposure to light from optical fibers. Applying this method allows researchers to control dopamine neuron activity, which creates the possibility for many more experimental conditions. Prof. Matsumoto has also started research on the functions of dopamine neurons that utilizes these new methods.

A logical decision is defined by the simple criterion of whichever behavior yields the biggest reward in an experiment, but in real life decision-making is more complicated. When factors such as increased options and outside influence are introduced, even humans have a hard time making logical decisions, and different people will sometimes make different decisions. But even in those cases, the brain is definitely creating the mechanisms that determine what a person thinks is logical. Scientists believe that an extensive brain network including areas such as the frontal lobe and basal ganglia is involved in decision-making. Assuming that dopamine serves as the command center for various areas of the brain, scientists may be able to use dopamine as a jumping-off point to uncover the whole picture of this network.

Recently, Prof. Matsumoto has also been pursuing the challenge of incorporating computational science methods into his research. In the field of artificial intelligence (AI), a method called deep learning has enabled many innovations such as analyzing images by reproducing something resembling neural circuits in the visual cortex of the brain on a computer. Prof. Matsumoto thinks that there may be some way to apply the brain’s computational algorithms to AI, and hopes that it will connect back to the intelligent robots that he wanted to research early in his academic career.

The field of AI research originated from the goal of artificially reproducing the human brain, but the mechanisms of most of the AI technologies in use today are not necessarily based on the brain’s functions. Due to emphasis on practical applications, AI appears to actually be deviating further from the brain in reality.

Although dopamine research is of course only a very small sub-area of neuroscience, Prof. Matsumoto thinks it would be wonderful if his research could be of some help in bringing AI closer to the brain again. Collaboration with the AI field has produced unexpected ideas, and Prof. Matsumoto anticipates that these ideas will lead to even more new discoveries. The road ahead may be long, but there are many promising things to research.

■ Laboratory of Cognitive and Behavioral Neuroscience, Division of Biomedical Science, Faculty of Medicine, University of Tsukuba

The lab conducts research to uncover brain mechanisms that produce psychological phenomena such as alertness, emotions, deduction, learning, decision-making, and desire. The research team uses electrophysiological methods to study brain activity during various cognitive-behavioral tasks in monkeys, which have a brain structure closer to that of humans, and also analyze the role of brain activity in cognitive function and behavior regulation by manipulating specific areas of the brain through methods such as drugs or electrical stimulation. 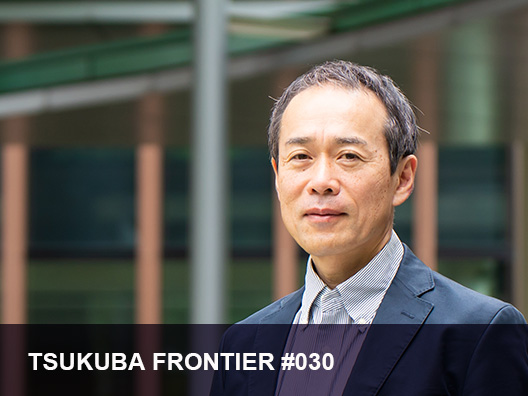