A team of scientists from the Max Planck Institute for the Structure and Dynamics of Matter (MPSD) in Hamburg and the Department of Physics at ETH Zurich in Switzerland, together with the Center for Computational Sciences of University of Tsukuba, has unraveled the light-induced electron-localization dynamics in transition metals at the attosecond timescale. The team investigated for the first time the many-body electron dynamics in transition metals before thermalization sets in. Their work has now appeared in Nature Physics.

The researchers used state-of-the art attosecond transient absorption spectroscopy (ATAS), an ultrafast method for examining electronic motion, to study the collective behavior of electrons in the transition metals Titanium (Ti) and Zirconium (Zr) and uncover the interplay between light absorption and electronic screening. Transition metals like these are key constituents of many materials with unconventional properties, for example high-temperature superconductors.

Those results are interpreted through extensive first-principles time-dependent calculations. The team’s work yields new insights into the role of coupled-electron dynamics in these systems.

In metals, a part of the electrons is fully delocalized apart from their parent ions and these can freely move in solids. They are so-called free electrons and make metals conductive. In contrast to these free electrons, however, some other electrons are strongly localized on ions in transition metals. They are forced into certain areas, resulting in the electron density confinement and strong electron coupling that are key to various interesting phases of matter, such as high-Tc superconductivity, a charge density wave phase, and a metal-insulator transition (so-called Mott transition).

The challenge is to generate and even control such interesting phases of matter in ultrafast ways by using light to steer the electron localization. The only limitation would be the timescale of the thermalization where the controllability of electrons is disturbed by their environment.

Using ATAS, the researchers found an ultrafast modification of optical absorption in transition metals under an intense laser pulse at the attosecond timescale. They demonstrated that the transient absorption originates from ultrafast d-electron localization due to the pump pulse.The observed that transient absorption phenomena are robust against variation of experimental parameters, such as sample thickness, surface oxidation state and pump photon energy.

Furthermore, based on the state-of-the-art first-principles calculations, they unraveled that the ultrafast absorption change originates from the modification of electronic screening effects in the sub-nanometer scale through the attosecond electron-localization.

This work has revealed a novel possibility for the ultrafast manipulation of phases of matter on its natural timescale. Its results represent a major step forward in understanding light-induced electron dynamics in matter on the attosecond timescale. They provide the fundamental knowledge needed for the development of future optoelectronic devices, energy-efficient electronics, magnetic memory devices, spintronics and new types of solar cells. 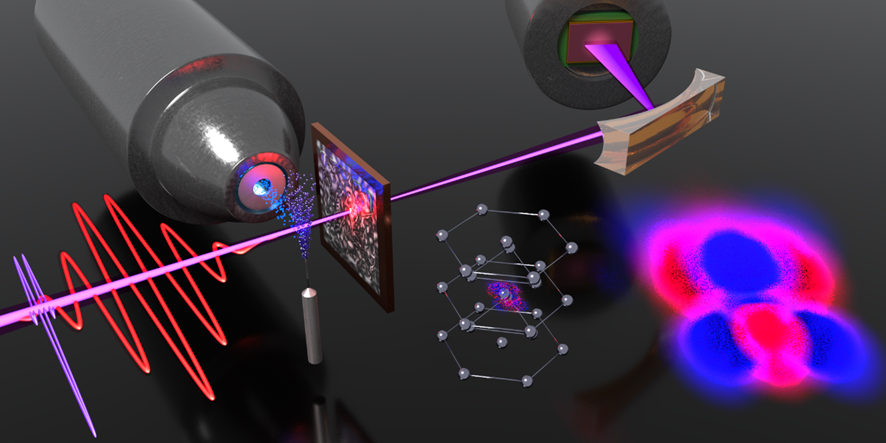