Narcolepsy, a serious sleep disorder in which patients often fall asleep uncontrollably, has been incurable because no effective therapeutic agents are available to date. Recent findings by Japanese scientists in the sleep institute may shed light on this challenging problem.

Narcolepsy is characterized by excessive daytime sleepiness (sleep attacks), sudden loss of muscle tone often triggered by emotion (called cataplexy), vivid hallucinations and sleep paralysis, and frequent disruption of night-time sleep. Only symptomatic therapies, such as amphetamine-like psychostimulants, are currently available. The disease is caused by a selective loss of neurons producing the neuropeptide orexin, which plays a central role in maintaining wakefulness. Orexin itself is effective to ameliorate narcoleptic symptoms in model animals when directly injected in the brain, but it is blocked at the blood-brain barrier (BBB) when peripherally administered and cannot bind to its brain receptors. Therefore, small compounds that penetrate the BBB and mimic the function of orexin are desirable as therapeutic agents.

Researchers in the International Institute for Integrative Sleep Medicine (WPI-IIIS), University of Tsukuba, have been trying to develop compounds that promote wakefulness and remedies narcolepsy, and they succeeded in synthesizing YNT-185 (reported in J Med Chem in 2015, see below for reference), a non-peptide, selective and potent agonist for the orexin type-2 receptor. In the current study, a research group led by Yoko Irukayama-Tomobe, Yasuhiro Ogawa, Hiromu Tominaga and Masashi Yanagisawa, further examined the pharmacological effect of YNT-185, and verified that peripherally administered YNT-185 penetrates BBB and significantly induces wakefulness, as well as ameliorates narcoleptic symptoms in mouse models. No desensitization was observed after repeated administrations. They also found that daily administrations of YNT-185 prevented increase in the body weight; indeed, narcoleptic patients (and mice) tend to be obese. Their findings provide a proof-of-concept for the treatment of narcolepsy.

Furthermore, the administration of YNT-185 also promotes wakefulness in normal mice without any immediate sleep rebounds. "This compound might also be useful in the treatment of the excessive sleepiness caused by other causes, such as depression, side effects of drugs, jet lag and shift work," said Yanagisawa. "Additionally, it might be effective in preventing the metabolic syndrome." They are now trying to refine YNT-185 to further improve potency and bioavailability. A miracle drug for narcolepsy and other sleep disorders may be born in the near future. ■ 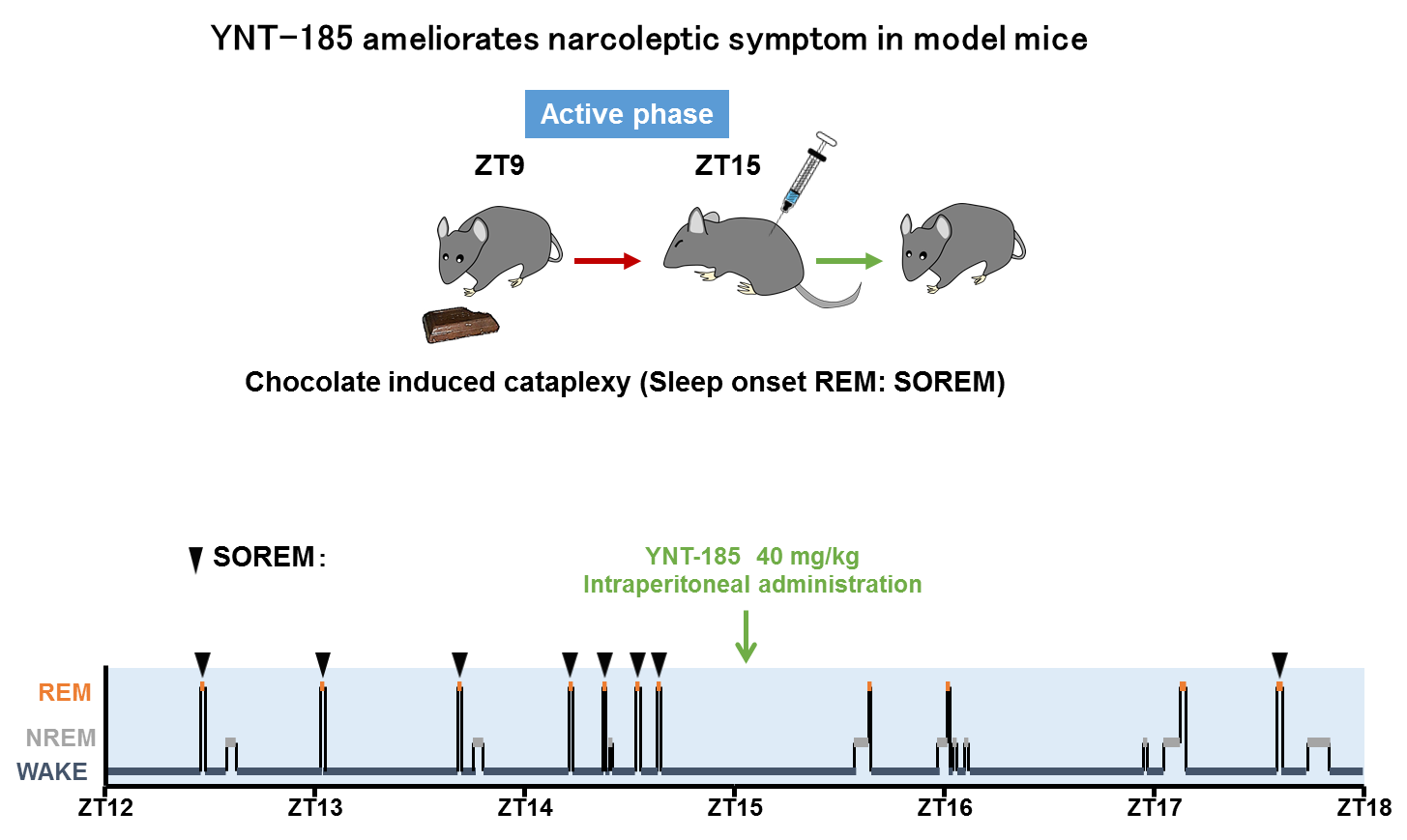