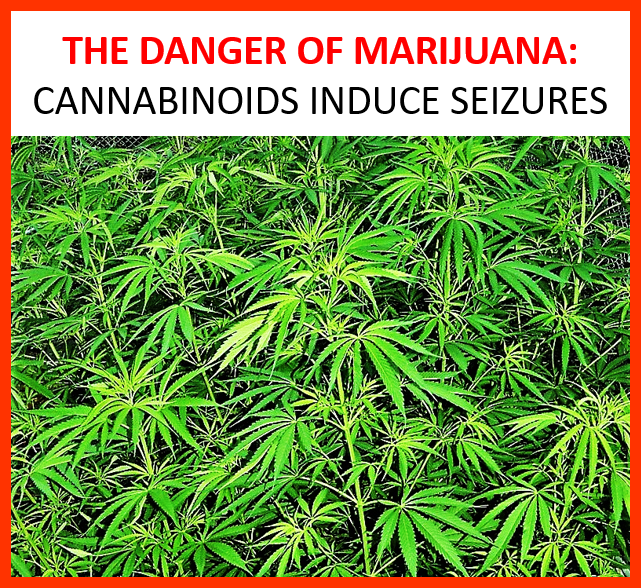 Marijuana is the most commonly abused drug in the world, and the advent of synthetic cannabinoids creates additional challenges to the society because of their higher potency and ability to escape drug detection screenings. Scientists from Japanese sleep institute have a warning for the society about a danger coming from cannabinoid abuse.

A research led by Olga Malyshevskaya and Yoshihiro Urade of International Institute for Integrative Sleep Medicine (WPI-IIIS), University of Tsukuba, discovered that seizures, a life-threatening condition, can be induced by natural △9-tetrahydrocannabinol (△9-THC, main constituent of marijuana) or the synthetic cannabinoid JWH-018 (main component of synthetic blend "Spice") in mice. This was demonstrated by continuous recording of animals’ electric brain activity (electroencephalogram, EEG), video and movement activity tracking. Based on their data they propose potential treatment in case of cannabinoid overdose with the cannabinoid-1-receptor (CB1R) specific antagonist (AM-251), because in their study pretreatment prevented cannabinoid-induced seizures.

"Our study is quite important because unaware of the particularly severe effect by those cannabinoids, people see marijuana as a soft drug, without dangerous health effects," Malyshevskaya says. Use of synthetic cannabinoids and the associated complications in humans are on the rise and spreading all-over the world. People are synthesizing different variants of cannabinoids to evade regulatory agents, producing structures with minimal information on their pharmacology and potential harm.

Considering the recent irreversible spread of synthetic cannabinoids and their impact on human health, their data should serve as a public alert. It is critically important for health-care professionals and policy makers to be aware of the serious adverse effects, as shown in this report. Clinicians in the emergency departments should always suspect seizure activity in patients who have a history of cannabinoid intoxication. The number of clinical cases involving marijuana intoxication has been steadily increasing due to increase in cannabis potency over the last two decades.

Reflecting the scientific debate on the action of cannabinoids, there are numerous disputes regarding the legal status of marijuana. As several governments proceed with legalization for both medical and recreational use, there will always be public health concerns, as marijuana overdose often results in direct adverse reactions.