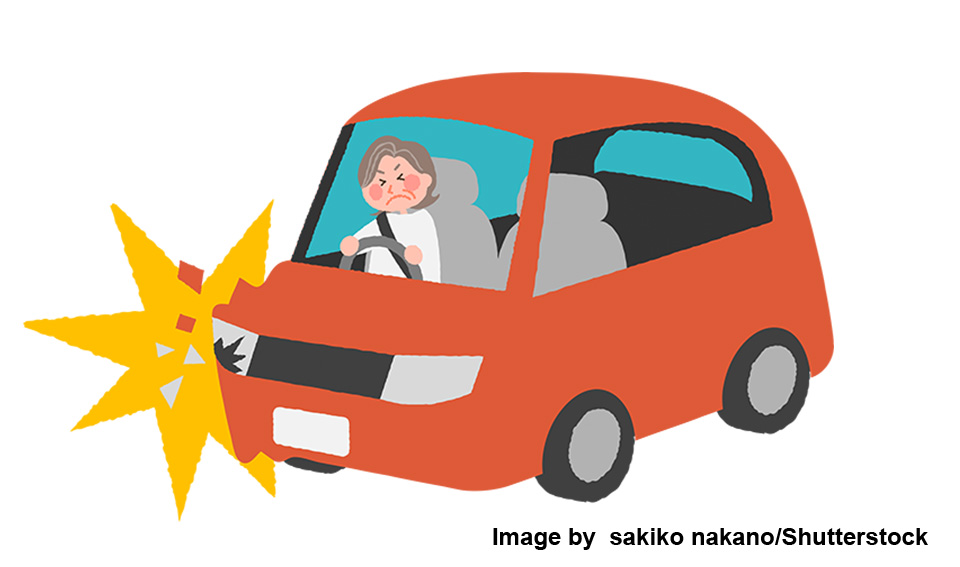 Tsukuba, Japan – If older drivers with cognitive impairment are no longer permitted behind the wheel then accident rates should fall. That seems like common sense, but it seems the logic isn’t so simple. Since 2009, when Japan added cognitive tests to its license renewal process for those aged 75+, traffic injuries have actually increased.

It turns out, when older drivers lose their licenses, they often have to resort to bicycling or walking to get around. They become what’s known as unprotected road users. A new study by researchers centered at the University of Tsukuba in Japan found increased traffic injuries among such older people, who lack the protection of a motor vehicle. The findings were published in the journal Accident Analysis and Prevention.

Motor vehicle collisions are increasing among older drivers; this has triggered stricter licensing rules. Cognitive tests in Japan aim to identify drivers with possible dementia and require that they see a physician. Other countries such as Denmark and Canada have introduced similar tests. However, the overall success of such programs remains unclear.

“Some studies found increased injury rates as older drivers were forced into a modal shift from driving to walking or biking,” study first author Professor Masao Ichikawa says. “We wanted to see if this was true in Japan, and we wanted a more accurate picture. Rather than just look at pre- and post-test numbers, we used interrupted time-series analysis, which offsets factors that may have confounded the results over the years.”

Using reliable national data, they found significant increases in traffic deaths and injuries among unprotected road users aged 75 and up in the period after this same age group became subject to testing.

The increases generally occurred at a later age in men. The researchers suggested this may be because women are more anxious about their driving skills and give up their licenses earlier. The study did, however, find decreases in deaths and injuries for motor vehicle passengers aged 75–79 after cognitive tests began. This may owe to friends and family being more reluctant to ride with drivers after seeing their discouraging test results.

“Our findings suggest that Japan’s licensing policies may not adequately consider the dangers facing those who become unprotected when they must start walking or biking after losing their license,” Professor Ichikawa says.

The study implies a need to reconsider how cognitive testing is implemented. While the tests aim to remove potentially dangerous drivers from the roads, older people’s loss of a main mode of transport may expose them to new risks.

The article, “Increased traffic injuries among older unprotected road users following the introduction of an age-based cognitive test to the driver’s license renewal procedure in Japan,” was published in Accident Analysis and Prevention at https://doi.org/10.1016/j.aap.2020.105440.