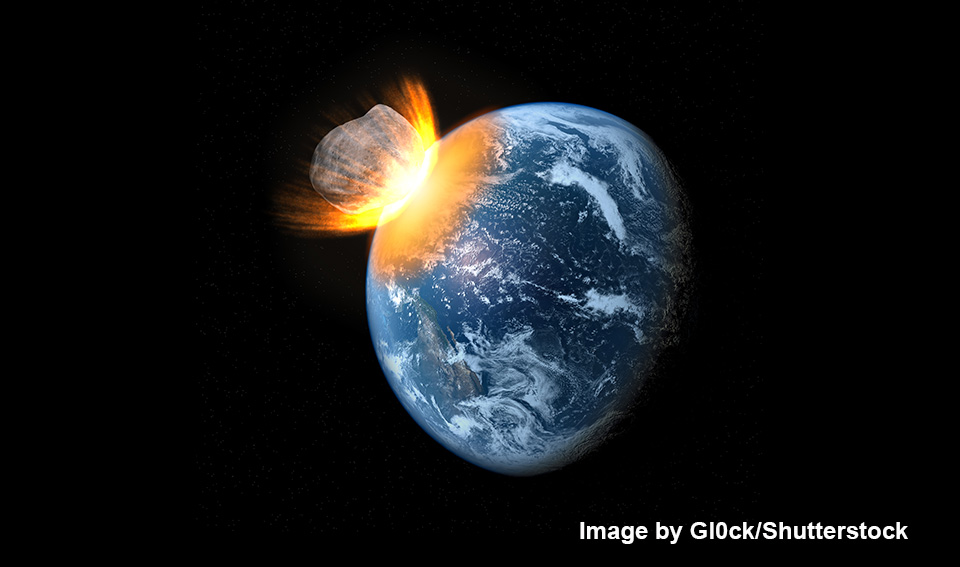 Researchers at University of Tsukuba find that chalcophile elements such as copper, silver, and lead, were likely supplied to the ocean by processes related to the end-Cretaceous asteroid impact

Tsukuba City, Japan – Asteroid strikes upset the environment and provide clues via the elements they leave behind. Now, University of Tsukuba researchers have linked elements that are enriched in the Cretaceous–Paleogene (KPg) boundary clays from Stevns Klint, Denmark, to the impact of the asteroid that produced the Chicxulub crater at the Yucatán Peninsula, Mexico. This corresponds to one of the “Big Five” mass extinctions, which occurred at the KPg boundary at the end of the Cretaceous, 66 million years ago. The findings provide a better understanding of which processes lead to enrichment of these types of elements—an understanding that may be applied to other geological boundary events as well.

In a study published in the Geological Society of America Bulletin, the researchers analyzed the concentrations of certain elements within the KPg boundary clays—such as copper, silver, and lead—to determine which processes led to the element enrichment after the end-Cretaceous asteroid impact. Two enriched components were found in the boundary layer, each with distinctly different compositions of elements. One component was incorporated in pyrite (FeS2), whereas the other component was not related to pyrite.

“These could have been incorporated into the pyrite as impurities,” explains Professor Maruoka. “Furthermore, both iron oxides/hydroxides and chalcophile elements could have been released to the environment from the rocks that were struck by the asteroid impact.”

Additionally, organic matter in the oceans could have accumulated copper and silver. As such matter degraded on the sea floor, it could have released these elements, which then formed copper- or silver-enriched grains in the KPg boundary clays. This, in turn, may have led to the formation of discrete grains that differ from pyrite. Acid rain that occurred after the end-Cretaceous asteroid impact could have supplied elements such as copper, silver, and lead to the ocean, as these elements are typical constituents of acid-soluble sulfides and were enriched in the second chalcophile component not related to pyrite.

These findings will hopefully provide further avenues to increase our understanding of the events around the end-Cretaceous impact, and potentially other major boundary events.

The article, “Enrichment of chalcophile elements in seawater accompanying the end-Cretaceous impact event,” was published in Geological Society of America Bulletin at DOI:10.1130/B35403.1