A Shake-Up in Cell Culturing: Flame Sterilization May Affect the Culture

Tsukuba, Japan – Researchers commonly culture bacteria for many purposes, such as to screen pharmaceuticals and manufacture vaccines. In these cases, shake flasks have been commonly and generally used for over 90 years to cultivate microbes.

To keep track of what’s going on in the shake flask, researchers must use stringent sterilization techniques while extracting a sample of cells. A common sterilization technique is to expose the plug and flask to a flame at several time points during cell extraction. However, if this sterilization affects the cell culture in any way, you may inadvertently hinder production of the vaccine or whatever substance you want from the culture.

In a study recently published in Scientific Reports, researchers from the University of Tsukuba have shown that flame sterilization introduces carbon dioxide into shake flasks. This excess carbon dioxide can considerably affect cell growth.

"For example, at a flame exposure time of only 5 s, increasing the inclination angle from 15° to 25° increased the carbon dioxide concentration in the headspace by approximately 50%," says Professor Hideki Aoyagi, senior author of the study. "Computational modeling confirmed our findings."

"We introduced intermittent carbon dioxide at concentrations similar to those expected by flame sterilization," explains Professor Aoyagi. "The ultimate oxygen demand of Acetobacter pasteurianus—known to spoil wine— increased by up to 70%. Pelomonas saccharophila  increased by up to 35%, whereas the other two microbes were not clearly affected in terms of growth."

The researchers do not yet know how common it is for flaming a shake-flask to alter cell culture growth. Nevertheless, seemingly minor experimental sterilization variables—too subtle for most researchers to even notice at first glance—may actually be pertinent. Culturing microbes in shake flasks and producing valuable products in the culture—perhaps relevant to COVID-19 research—may be substantially more complicated than previously appreciated. 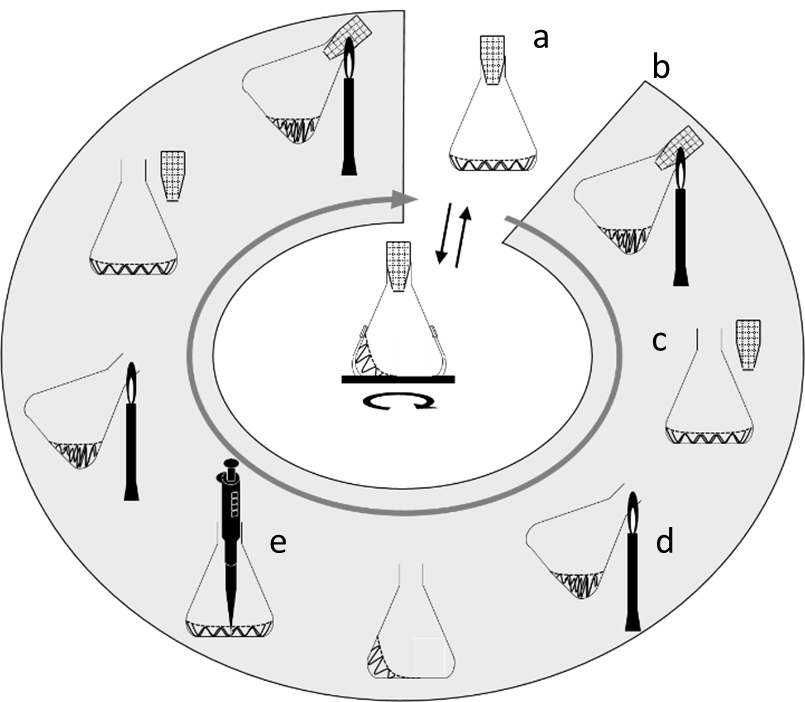 The article, "Analysis of the influence of flame sterilization included in sampling operations on shake-flask cultures of microorganisms," was published in Scientific Reports at DOI: 10.1038/s41598-020-66810-3