Fishing for a Theory of Emergent Behavior

Researchers at the University of Tsukuba study the collective swimming of ayu fish and quantify the degree of group cohesion using information theory, which may help researchers better understand the origin of emergent dynamics

Tsukuba, Japan – Researchers at the University of Tsukuba used advanced metrics from information theory to describe the collective behavior of small schools of ayu fish. They found that the overall dynamics were noticeably different for groups of three or more, compared with smaller groups, even over very short timescales. This work may help shed light on fundamental problems in complexity theory and assist in the development of cooperative biomimetic swarming robots.

Some of the most difficult questions in science today deal with the same fundamental question: How can complex dynamics arise from simple, local interactions? For example, schools of fish and flocks of birds can move and turn in near perfect synchrony without any top-down control from a leader. To try to make progress on this question, integrated information theory (IIT) has been used to provide a mathematical framework for measuring how information passes back and forth from individuals to the group as a whole.

A team including Professor Takayuki Niizato at the University of Tsukuba studied the swimming of Ayu, which are small fish related to smelts. Ayu were randomly chosen and placed in a tank in groups of 2, 3, 4, or 5 fish.

Explains Professor Niizato, “The trajectory of each fish was tracked, and a computer calculated three binary parameters for every fish at each time step. These parameters were as follows: if the subject fish was close to another fish, if the fish was turning, and if another fish was in its field of view. We found that, over times ranging from 40 milliseconds to one second, a grouping of three fish acted very differently than a pair.”

In this study, “integrated information” quantified the extent to which the cause and effect in a system can be explained by the repertoires of its components. And “integrated conceptual information” was used as an expression of the fish school’s group collective action, roughly how much the behavior of individual members is dependent on the behavior of the group.

“The aim of IIT is to try to shift the paradigm from ’what a system does’ to ’what a system is.’ The former tries to analyze the system on the basis of observable behavior, while the latter tries to determine its intrinsic causal structure,” says Professor Niizato.

This work may help make inroads in some truly difficult questions surrounding group dynamics that emerge naturally when simple components join to form a complex group. This may also aid in the development of “swarming” robots that, like schools of fish or ant colonies, make use of this principle to achieve complicated goals. 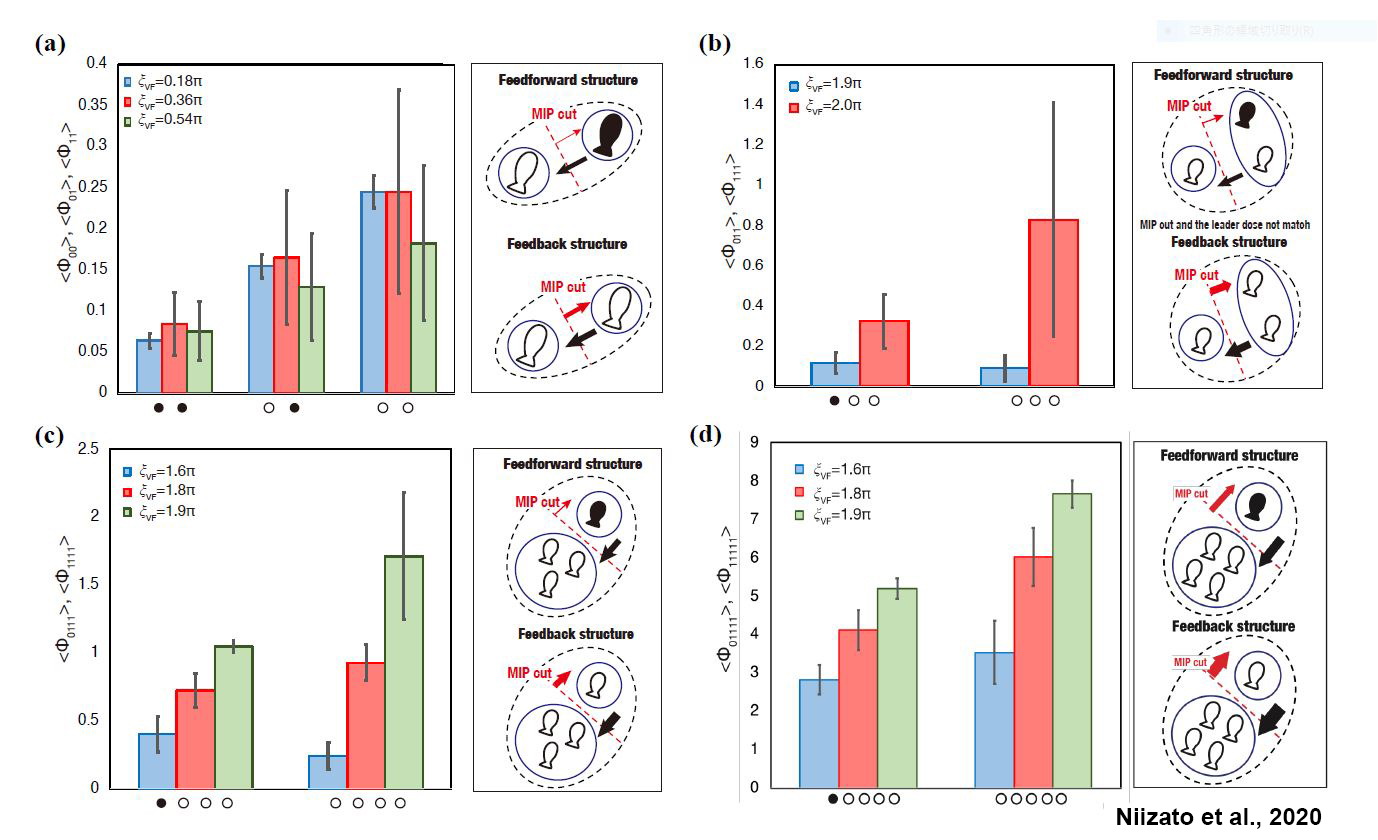