An international collaboration headed by the University of Tsukuba in Japan has shown that regular physical activity can enhance cognitive functions, especially in those who have the most room for improvement

Tsukuba, Japan — A common school-age stereotype is that smart kids are unathletic. However, as a recent study lead by Associate Professor Keita Kamijo at the University of Tsukuba and Assistant Professor Toru Ishihara at Kobe University shows, physical activity is linked to better cognitive ability, which is in turn related to academic performance in school. Understanding the effects of physical activity on cognition has been difficult for several reasons. “Previous studies looked at the issue too broadly,” explains Professor Kamijo, “When we broke down the data, we were able to see that physical activity helps children the most if they start out with poor executive function.”

Executive functions refer to three types of cognitive skills. The first is the ability to suppress impulses and inhibit reflex-like behaviors or habits. To assess this ability, children were asked to indicate the color in which words like “red” and “blue” were displayed on a computer screen. This is easy when the words and colors match (“red” displayed in red font), but often requires inhibition of a reflex response when they don’t (“red” displayed in blue font). The second skill is the ability to hold information in working memory and process it. This was evaluated by testing how well children could remember strings of letters that vary in length. The third cognitive skill is mental flexibility. This was measured by asking children to frequently switch the rules for categorizing colored circles and squares from shape-based to color-based.

Professor Kamijo and Professor Ishihara, and their colleagues re-analyzed the data from previous experiments in which executive function was assessed in children before and after several months of daily intervention with physical activity, such as aerobic activities, ball games, and playing tag. They looked at a factor that was missed in the initial analyses. That is, they considered whether the effectiveness of the intervention depended on the initial baseline scores. 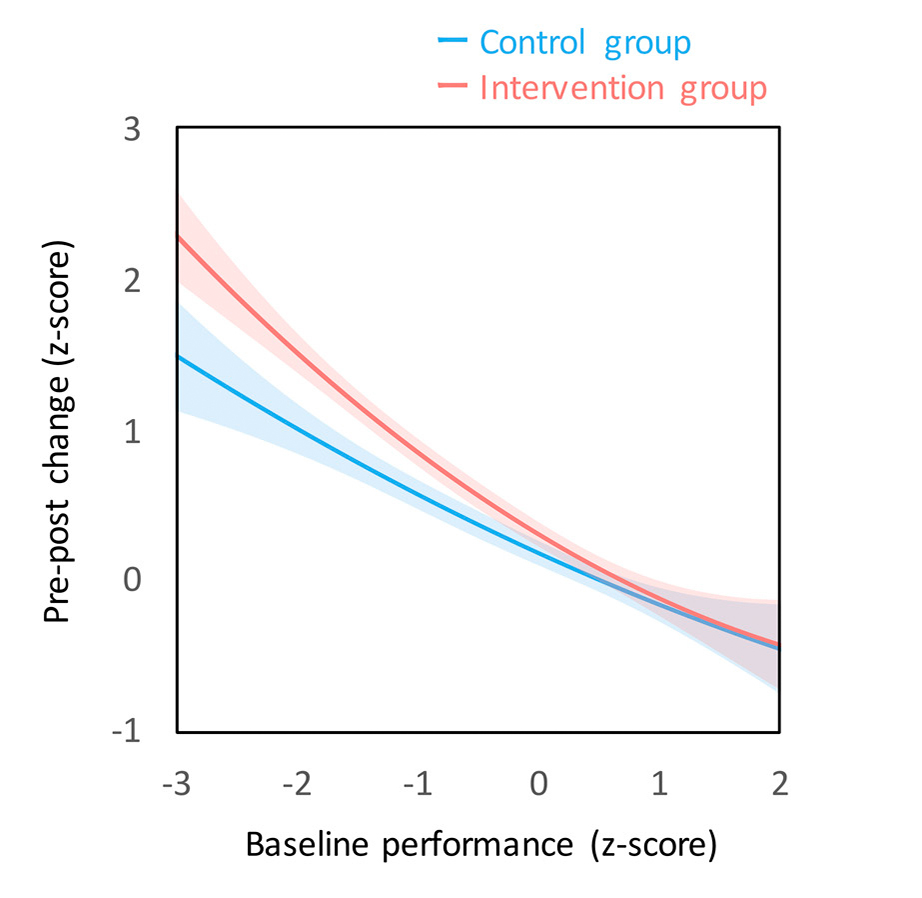 The article, “Baseline cognitive performance moderates the effects of physical activity on executive functions in children,” was published in Journal of Clinical Medicine at DOI: http:doi.org/10.3390/jcm9072071.