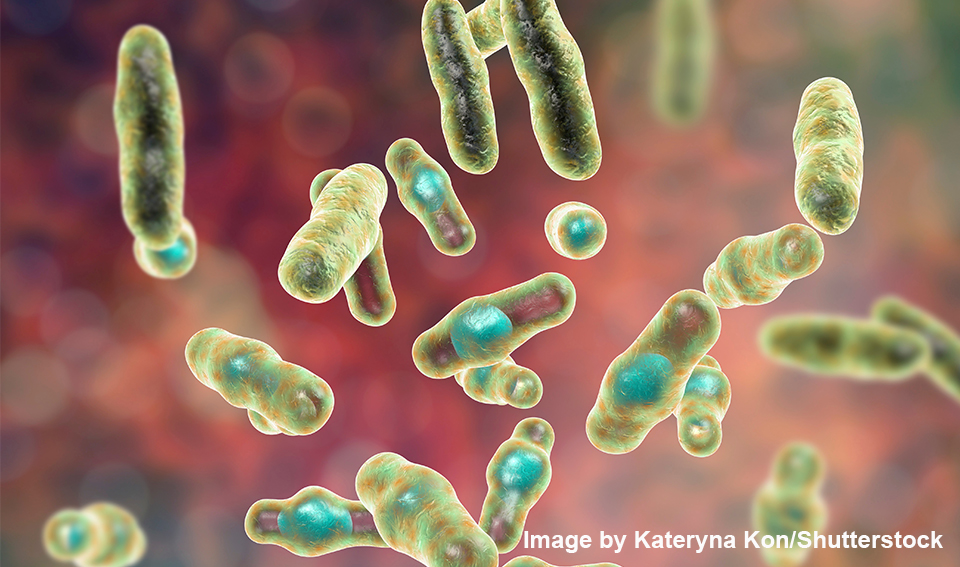 Tsukuba, Japan – Bacteria have the ability to adapt to their environment to survive the host’s immune defense. One such survival strategy includes the formation of a biofilm that prevents the immune system or antibiotics from reaching the bacteria. In a new study, researchers from the University of Tsukuba revealed that modulations to biofilm structure as a result of temperature changes are regulated by the production of a novel extracellular protein called BsaA in the bacterium C. perfringens produces.

C. perfringens lives in various environments, soil and the intestines of animals, and can cause food poisoning, gas gangrene and antibiotics-associated diarrhea. It is anaerobic bacterium that is not able to grow outside a host due to the presence of oxygen. While it is common knowledge that it can turn into spores to evade environmental attacks, it was not until recently that C. perfringens was shown to also have the ability to form biofilms. In these biofilms, a community of C. perfringens bacteria cover themselves in a dense matrix of so-called extracellular polymeric substances (EPS)—which contain proteins, nucleic acids, and sugar molecules—thus protecting themselves from external hazards. To date, it has remained unclear how C. perfringens is using biofilms to survive in oxygen-rich environments.

“We have previously shown that temperature is an environmental cue that influences C. perfringens biofilm morphology,” says corresponding author of the study Professor Nobuhiko Nomura. “Although at higher temperatures, such as 37°C, the bacteria attach to surfaces and pack densely in an adherent biofilm, at lower temperatures they build a thicker, pellicle-like biofilm. We wanted to know how they are able to modulate the structure of their biofilm in response to temperature changes.”

To achieve their goal, the researchers constructed a library of 1,360 mutant (gene knockout) cells in C. perfringens to see which proteins are required to form a pellicle-like biofilm at 25°C. Throughout their screening, they noticed the presence of a new protein called BsaA that is produced inside the bacteria and transported to the exterior. Without BsaA, the bacteria formed either a fragile pellicle biofilm or an adherent biofilm only. The researchers then showed that multiple BsaA proteins assemble at a polymer outside the cells to enable the formation of a stable biofilm. When exposed to the antibiotic penicillin G or oxygen, C. perfringens lacking BsaA had a significantly decreased survival rate compared with normal C. perfringens.

“Our results show that BsaA is necessary for pellicle-like biofilm formation at 25°C and conferral of tolerance to antibiotics,” says lead author of the study Professor Nozomu Obana. “We know that biofilms contain heterogeneous cell populations, which leads to multicellular behaviors. We therefore wanted to know whether cellular heterogeneity affects the production of BsaA and thus the formation of a pellicle-like biofilm”.

The researchers found that the protein SipW controls the polymerization of BsaA to a biofilm, and used this to study biofilm formation. By constructing C. perfringens that produced a fluorescent protein when SipW is produced, thus allowing these cells to be tracked by fluorescent microscopy, the researchers were able to show that not all bacteria produced SipW. Additionally, they found that the population of SipW-producing bacteria started to drop significantly when the temperature was increased from 25°C to 37°C. Intriguingly, at 25°C, cells that did not produce SipW were located next to the surface the bacteria were sitting on, and were covered by SipW-producing cells. Heterogeneous production of SipW, and thus BsaA, might therefore ensure that those cells that have a higher tolerance to external hazards protect the bacterial subpopulation at risk.

“At 25°C, C. perfringens are more likely to be exposed to external stresses. Our results provide an explanation for how a community of C. perfringens ensures that it stays protected when the temperature changes. Our study aids understanding of biofilm properties and provides insights into the development of new antibacterial strategies,” says Professor Nomura.