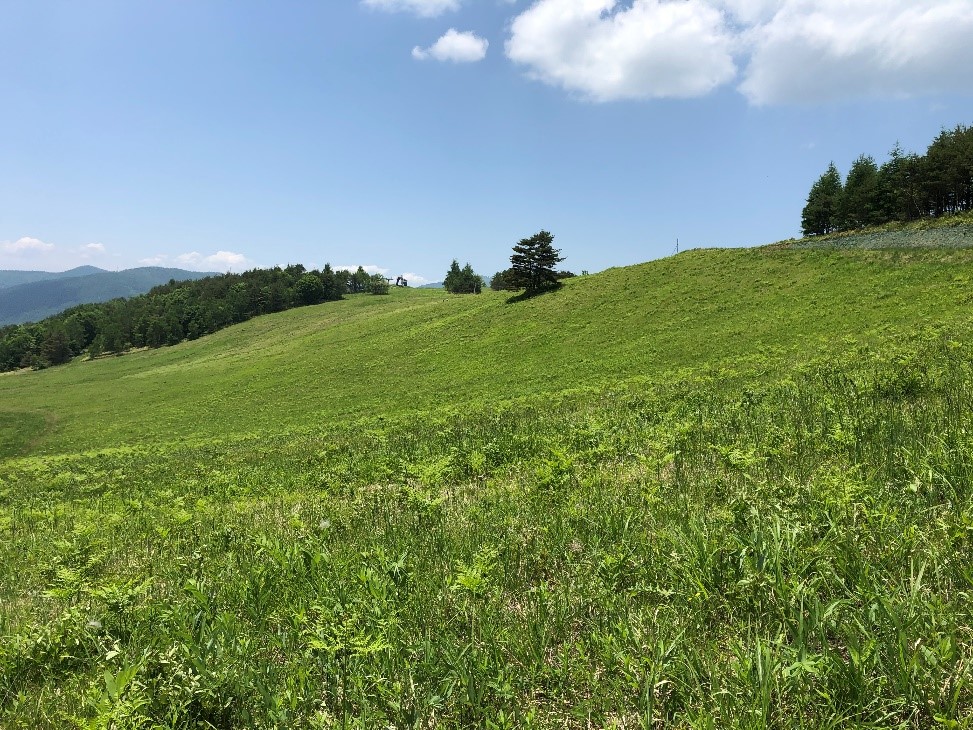 Researchers from the University of Tsukuba and Kobe University find that the sustained, long-term continuity of grasslands increases plant species diversity and can indicate grasslands of high conservation priority

Tsukuba, Japan – “The grass is always greener on the other side,” as the saying goes, but in this case, it’s more diverse. Researchers from Japan have discovered that old grasslands have higher plant diversity than new ones, and that grassland longevity can be an indicator of high conservation priority.

In a study published this month in Ecological Research as online version, researchers from the University of Tsukuba have revealed that the longer grasslands have been around, the higher their plant diversity, and the more likely they are to be of high conservation priority.

Grasslands can be classified as natural (existing in natural climatic conditions and disturbance systems) or seminatural (maintained by artificial disturbances such as pasturing, fire or mowing). Seminatural grasslands are ecosystems with rich biodiversity. Unfortunately, both types of grasslands are declining globally.

“There’s an urgent need to identify grasslands of high conservation priority,” says lead author of the study Taiki Inoue. “The results of a growing number of recent studies show that vegetation history affects current biological communities. The aim of our study was to evaluate whether the uninterrupted continuity of grasslands through time promotes biodiversity, and therefore can be an indicator of conservation priority.”

To do this, the researchers investigated plant communities in old (160–1000+ years) and new (52–70 years after deforestation) seminatural grasslands, as well as in forests, in highland areas of central Japan. Geographical information system (GIS) data were constructed using aerial photos and past maps to judge the vegetation history of these ecosystems.

“Old grasslands had the highest number of plant species, followed by new grasslands and forests,” explains Professor Tanaka Kenta, senior author. “This pattern was much clearer in the number of native and endangered species dependent on grasslands, indicating the role of old grasslands as refuges for those species.”

“Our findings indicate that grasslands that have been around for a long time are where conservation effort should be focused,” says Inoue.

Future studies investigating the effect of vegetation history on the current biodiversity of grassland plant species will improve understanding of how biological communities are formed, and will be key to allocating conservation priority. 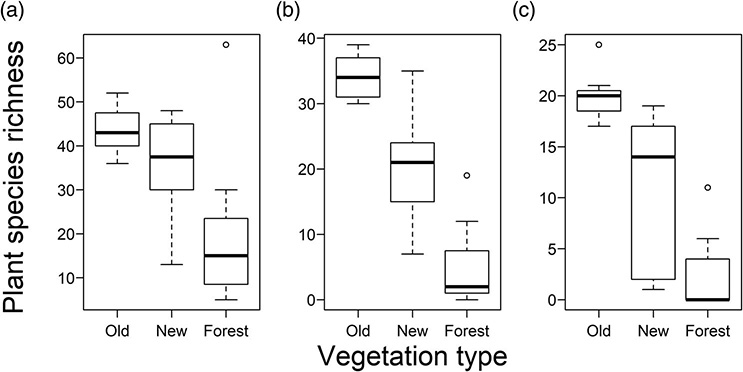 FIGURE: The number of (a) all, (b) grassland-dependent native and (c) grassland-dependent endangered plant species in each vegetation type. “Old” and “new” refer to old and new grasslands (see detail in the text). Bars and boxes are medians and quartiles, with ranges between minimum and maximum values. An outlier (values less than the first quartile minus 1.5 times the interquartile range [IQR] or greater than the third quartile plus 1.5 times the IQR) is shown by a dot 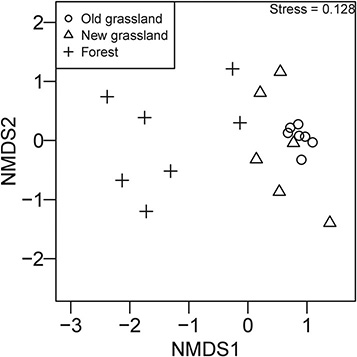 FIGURE: Nonmetric multidimensional scaling (NMDS) plot using the Jaccard index of dissimilarity of the plant composition of each study site across the three-vegetation types. Horizontal and vertical axes represent the first and the second axes extracted by NMDS, respectively

The article, “The effects of temporal continuities of grasslands on the diversity and species composition of plants,” was published in Ecological Research at DOI: 10.1111/1440-1703.12169