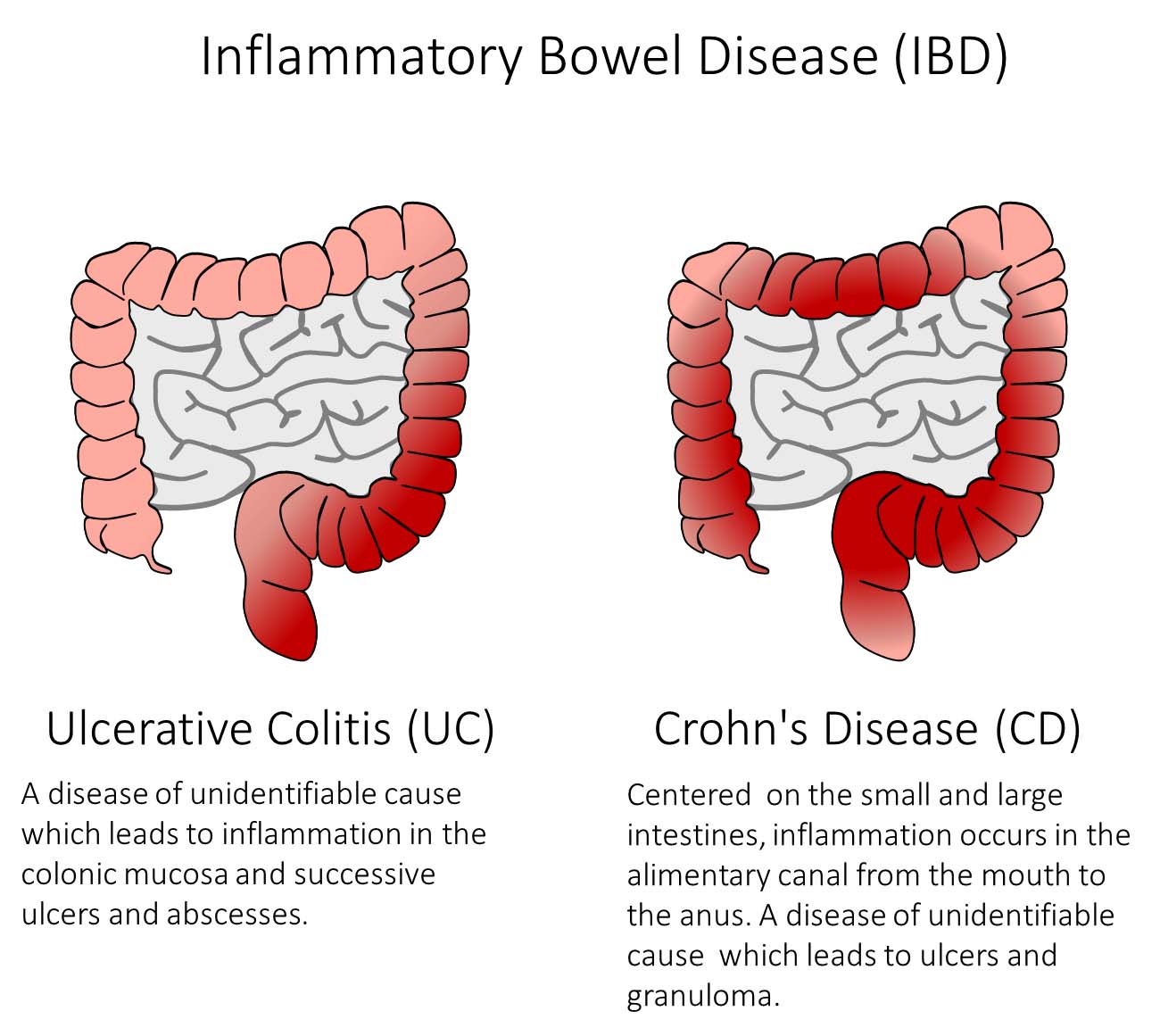 Figure 1) IBD is a group of diseases which cause inflammation and ulcers in the alimentary canal, as well as symptoms such as bleeding, diarrhea, weight loss and fever. Narrowly defined as UC or CD.

Professor Fukamizu’s research group of Life Science Center for Survival Dynamics (Tsukuba Advanced Research Alliance, TARA), University of Tsukuba, Eisai Co., Ltd. (Eisai) and its gastrointestinal business subsidiary EA Pharma Co., Ltd. (EA Pharma) have revealed a mechanism in which an analogue (ER-464195-01) of Eisai’s in-house discovered E6007 inhibits integrin activation by dissociating interaction between calreticulin (CRT) and integrin α 4 (ITGA4), suppressing adhesion and infiltration of leukocytes overall. This mechanism was revealed through the use of a biomarker developed by University of Tsukuba that visualizes protein-protein interaction. E6007 is currently under investigation by EA Pharma in ongoing studies as a treatment for IBD.

IBD refers to a group of intractable diseases which lead to repeated inflammation in the mucus of the large or small intestines, resulting from an unidentifiable cause, and is generally classified as ulcerative colitis (UC) or Crohn’s disease (CD). This joint industry-academia research group found that increased CRT-ITGA interaction influences cell adhesion and inflitration of leukocytes at the inflamed sites in large intestines affected by UC, and discovered that ER-464195-01 suppresses this protein-protein interaction using cultured cell line. Furthermore, it was demonstrated that oral administration of ER-464195-01 in IBD model mice induces anti-inflammatory effects through the suppression of infiltration by leukocytes into the inflamed sites. In addition, from transcriptome analysis*4 of the colonic structure of IBD model mice, the genetic information for programming the healthy-inflammation-recovery process was made clear.

With the continuing increase in the number of IBD patients in recent years, there is a need for an orally active treatment with a novel mechanism of action that has superior efficacy and makes it easy to comply with treatment. It is hoped that the results of this joint research on this point will lead to the provision of a new option for treating IBD.

The results of this research were disclosed in the electronic version of Nature Communications, dated May 17, 2018.

Press release in English is here. 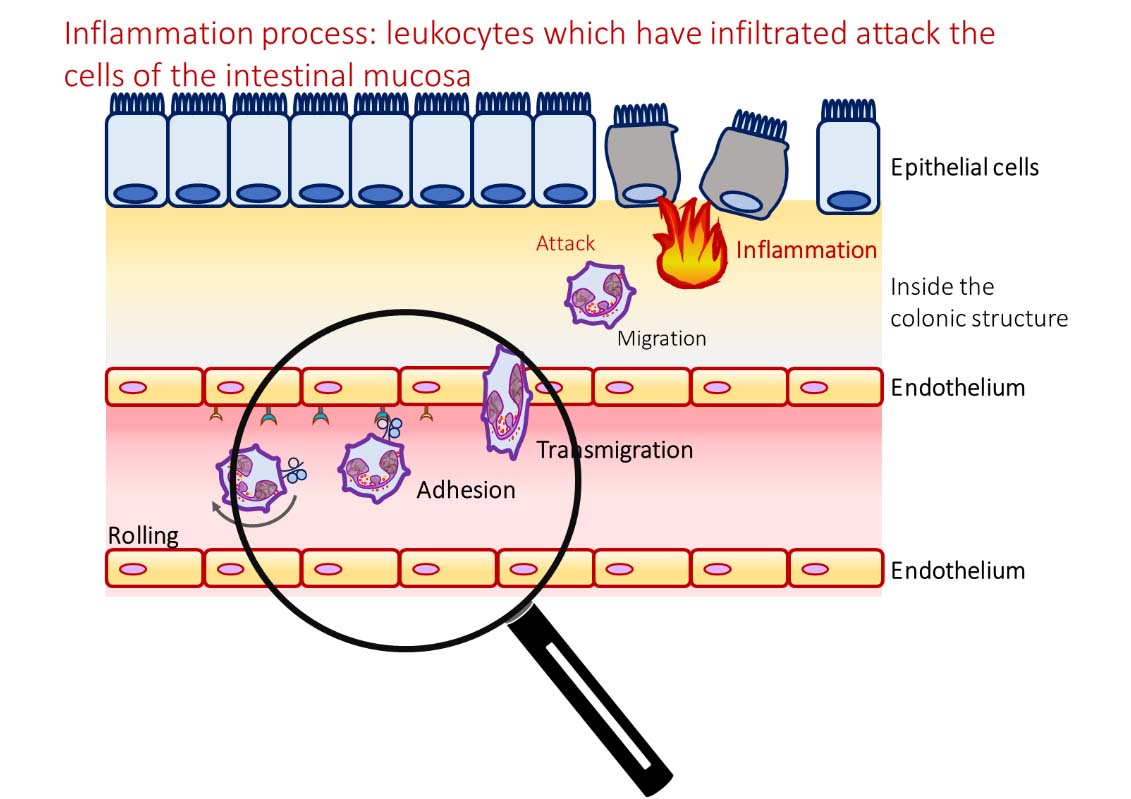 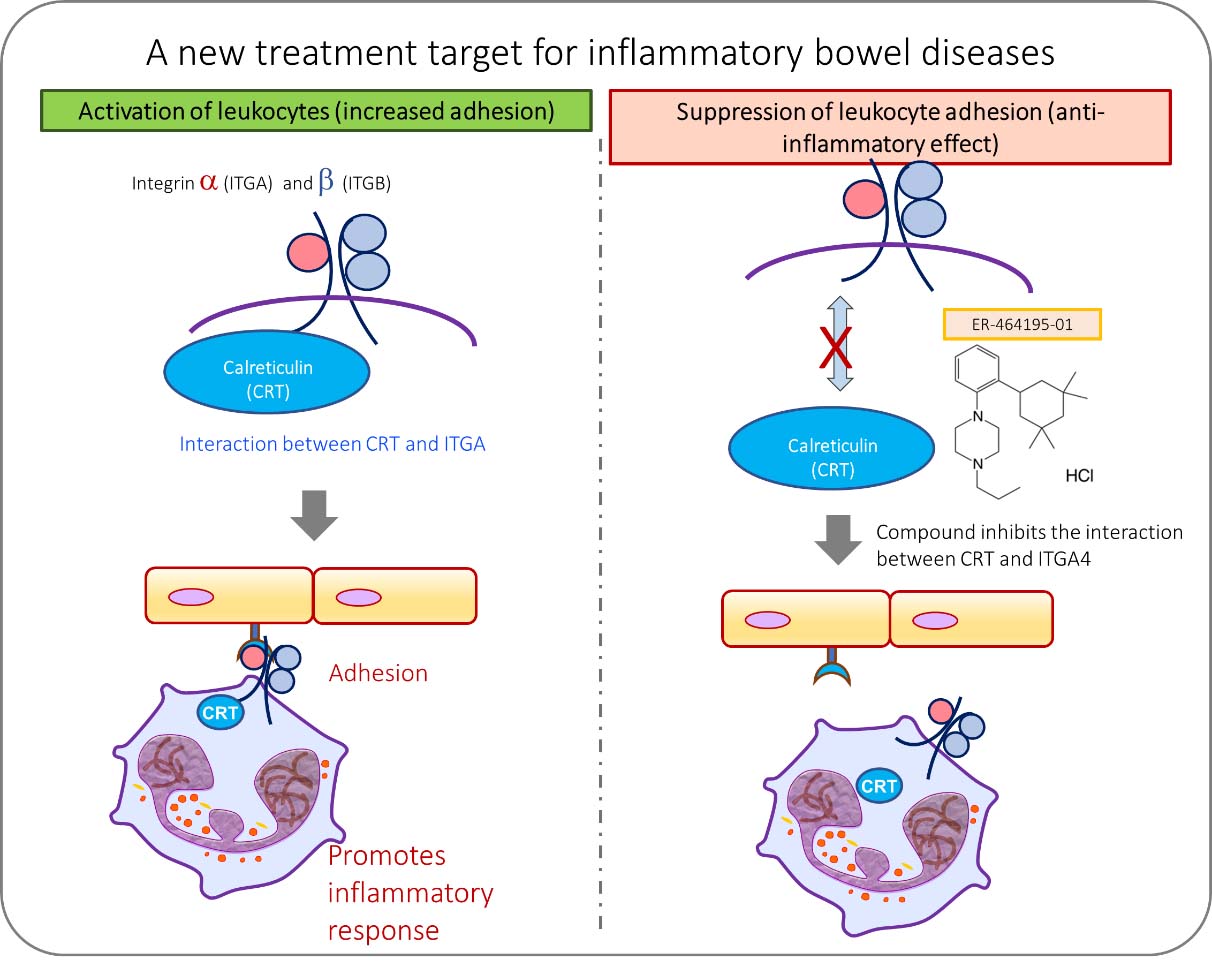 Figure 2) The small molecule compound being developed through this research (ER-464195-01) binds to CRT, and by inhibiting CRT-ITGA interation, suppresses adhersion of leukocytes to endothelial cells which occurs at the initial stage of the the inflammatory response.