On March 24, 2021, the Jordanian Ambassador to Japan, Her Excellency Ms. Lina Annab, made a courtesy visit to Vice President and Executive Director for Global Affairs BENTON Caroline F. Other members in attendance were Specially Appointed Professor KIJIMA Joji of the Office of Global Initiatives, Professors SANADA Hisashi, FUKASAWA Koyo, and Rakwal Randeep of the Faculty of Health and Sport Sciences, and a second year student from Jordan who is in the Master's Program in Sport and Olympic Studies at the Tsukuba International Academy of Sport (TIAS).

During the visit, Vice President Benton introduced the University of Tsukuba as the core of Tsukuba Science City, and they held discussions on the future development of relations with Jordanian universities. 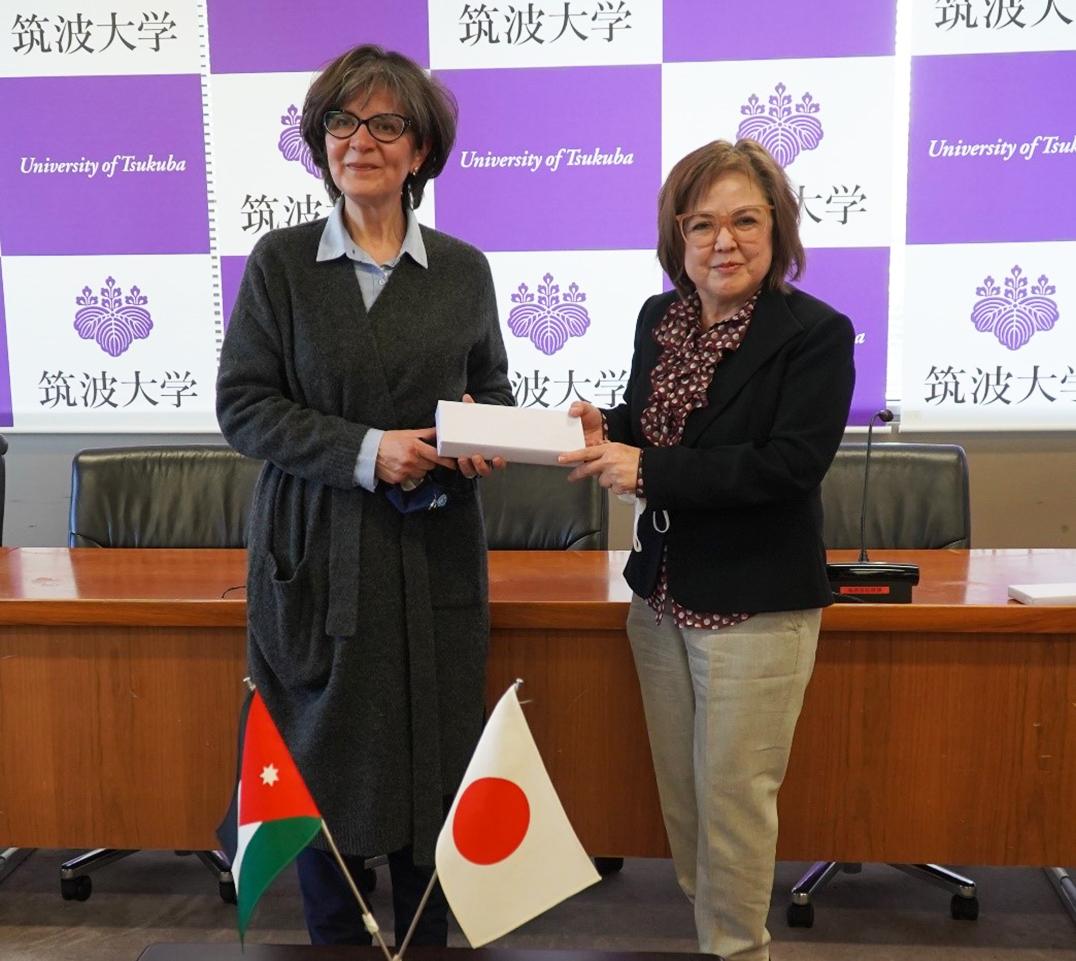