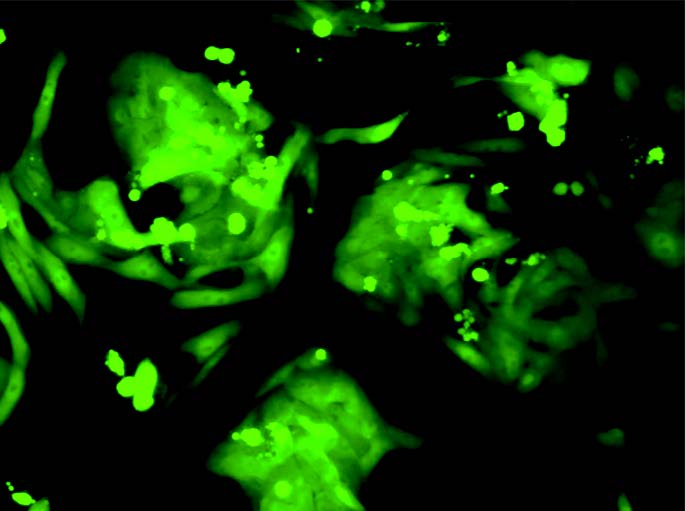 Researchers led by a team from the University of Tsukuba identify a protein that suppresses retroviruses in the human genome, allowing the reprogramming of somatic cells to unlock their hidden potential

Tsukuba, Japan – Embryonic stem cells have the potential to differentiate into any type of cell in the human body. Once differentiated though, the newly minted somatic cells live out the rest of their days as that specific cell type and never again have the capacity to differentiate. Or so the theory goes.

In a study published last week in Cell Reports, a team led by researchers from the University of Tsukuba describes how a newly discovered protein may help unlock the potential of somatic cells, allowing them to become pluripotent.

For several decades now, researchers have realized the enormous potential of being able to take any cell from the human body and reprogram it so that it displays the properties of an embryonic stem cell. Theoretically this isn’t so farfetched—after all, almost all of our cells contain the same genetic blueprint, it’s just how that blueprint is interpreted that allows some cells to form the heart while others produce the spinal cord. A key to this process is epigenetic changes, which are modifications that determine which part of the blueprint is interpreted, namely by turning genes on or off. Researchers have so far found several different ways to generate these induced pluripotent stem cells (iPSCs), but most hinge on the expression of four proteins called OCT4, SOX2, KLF4, and c-MYC. Production progresses through distinct phases of reprogramming associated with specific epigenetic changes.

“One of the most important steps in the reprogramming process is the silencing of retroviruses in the human genome, which, among other things, have a habit of inducing tumor formation,” explains lead author of the study Phuong Linh Bui. “Retroviral silencing is essential for the production of high quality iPSCs because it shows the cells are undergoing proper epigenetic changes, but exactly when this occurs during reprogramming and what controls the silencing is somewhat of a mystery.”

To better understand retroviral silencing, the researchers used a Sendai virus-based system that enabled expression of the four reprogramming proteins within the host cell cytoplasm and generated partially reprogrammed iPSCs, allowing the researchers to examine specific epigenetic changes at various stages throughout the process.

“We found that retroviral silencing occurred relatively early in the reprogramming process, before the development of pluripotency, and did not require KLF4,” says co-lead author Ken Nishimura. “We then examined proteins bound at the primer binding site of silenced proviruses, which is where the silencing occurs, and identified a novel silencing component called TAF-Iα. Knockdown or overexpression of TAF-Iα resulted in diminished or enhanced retrovirus silencing, respectively, suggesting that it plays an important role in retroviral silencing during reprogramming.”

By gaining a better understanding of the reprogramming process, researchers are one step closer to producing high quality iPSCs for use in fields such as regenerative medicine and stem cell therapy.