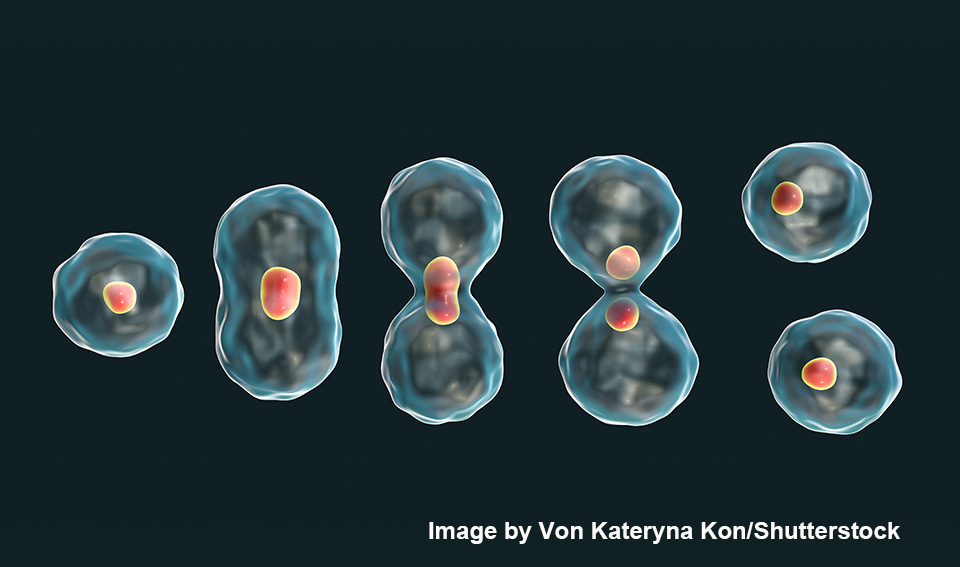 Researchers from the University of Tsukuba uncover the pathway controlling G1/S quiescence in Drosophila germ cells, confirming that it is essential for gamete development

Tsukuba, Japan – In most cases, taking a break isn’t the most efficient way of getting a job done. But in a study published this week in iScience, researchers from Japan’s University of Tsukuba have uncovered the regulatory pathway governing the first of two breaks that are essential for proper germline cell development in model species Drosophila melanogaster.

Germ cells go on to form the mature cells (gametes) needed for sexual reproduction—sperm and eggs. During germ cell cycling in Drosophila, primordial germ cells, called pole cells, migrate through the developing embryo to the gonads, where they mature into gametes. Interestingly, cell cycling is arrested during this migration period.

Previous studies have shown that there are actually two rest, or quiescence, periods in Drosophila germ cell cycling that appear to be essential for pole cell maturation and, ultimately, fertility. However, while the pathway regulating the second of these rest cycles has been characterized, the first pathway appears to be independently regulated via an as yet unknown mechanism.

“Research has shown that newly-formed pole cells lack nucleoli, while nucleoli are prominent in somatic cells at the same time point,” says lead author of the study Dr Shumpei Morita. “This led us to investigate factors that influence nucleolus formation, specifically the Pgc peptide, encoded by pgc.”

Sure enough, the researchers found that Pgc repressed nucleolus formation in pole cells and inhibited the expression of a microRNA, miR-10404, which is encoded within the nucleolus organizer region of the chromosome. microRNAs degrade specific target messenger RNA, preventing protein expression. By examining messenger RNA levels in pgc mutant versus normal pole cells, the researchers were able to pinpoint the target of miR-10404.

When the researchers artificially increased cellular levels of miR-10404 and CycB, which inhibits the first and second germline quiescence, pole cells failed to migrate to the gonads and were eliminated in the resulting embryos. This observation confirmed that the two rest periods are essential for Drosophila germline development.

Says Professor Kobayashi, “Given the widespread occurrence of cell cycle quiescence in animals, our findings will help us to better understand the mechanism and significance of these rest periods during germline development.”

The article, “Repression of G1/S transition by transient inhibition of miR-10404 expression in Drosophila primordial germ cells,” was published in iScience at DOI: 10.1016/j.isci.2020.100950